It’s one of the UK’s best-selling vans and now the Ford Transit Custom has been revamped with a bold new exterior design and an impressive new interior and cabin. There is also the choice of economic engines for better fuel efficiencies. For those who like a mobile office, the cabin offers better ergonomics and comfort and lots more stowage options. However, there’s improved connectivity and an intelligent speed limiter, a first for the commercial vehicle sector says Ford, to help drivers stay within legal speed limits.

There’s a lot to recommend the Ford Transit Custom which is one of the UK’s bestselling vans for good reason and the improved model builds on its popular qualities. For many, the smarter cabin will be reason enough to buy this (it is apparently based on the design for the new Ford Fiesta) but it also has sharper styling and improved fuel economy as well. Many fleet owners will like the safety improvements with decent technology including a blind spot information system and an intelligent speed limiter. However, the plug-in hybrid which has zero emission capability and the potential for an all-electric range of more than 30 miles will help build on the Custom’s excellent credentials. Ever since its first appearance, the Transit Custom has been a popular choice and it evidently sets a new standard for the one tonne van segment with fuel efficiencies likely to attract new buyers. The EcoBlue diesel range is a game changer with the option of a six speed automatic transmission and emissions of 148g/km will help underpin its popularity. However, it still retains its car-like handling and abilities to be a good worker around town and lots of comfort for long journeys.

If you like the Ford Transit Custom then have a look at the Mercedes Vito and the VW Transporter.

Of the engines, the Dagenham built EcoBlue 2.0 litre diesel unit has been re-engineered to deliver improved capabilities and better fuel efficiency. The new engine, which replaces the 2.2 litre unit, has emissions of 148g/km with fuel efficiencies improved by up to 13% so it should return around 50 mpg. The latest spec for the Custom features a responsive and smooth six gear automatic gearbox and an improved rear air suspension – another unique feature in the segment.

It should come as no surprise that the new Ford Transit Custom comes with a range of options including two roof heights and two wheel base options. The gross vehicle mass ranges from 2.6 tonnes to 3.4 tonnes with payloads of up to 1,450 kg. Among the choice of body styles are van, double cab-in-van and a kombi. There’s also a load through hatch in the bulkhead for those who need to carry extra-long items and an integrated roof rack can be folded away when not needed.

For many potential buyers, the option of an intelligent speed limiter for the Ford Transit Custom will be a big plus; this technology is a first for the commercial vehicle sector. The idea of helping owners stay within legal speed limits will be hugely attractive to many fleet operators. The Custom also comes with cross traffic alert and blind spot information system which is useful when reversing out of tight parking spaces. The new van is available from early 2018 and a new plug-in hybrid will be available in 2019. Among the other driver assistance features is traffic sign recognition. Ford have also added adaptive cruise control, side wind stabilisation and lane keeping alert.

The Ford Transit Custom 2018 model year features dynamic styling and slim headlamps. The cabin is completely new with an instrument panel that has been designed with drivers in mind. The interior also features hard wearing materials and lots of practical touches, particularly for those who like their cabin to be a mobile office during working hours. Indeed, there’s lots of stowage including 25 litres of space in the instrument panel and spaces for mobile devices and clipboards. Ford have also introduced new control panels and displays with improved ergonomics to make everything easier to use with the top end models featuring a floating tablet for its colour touchscreen. The firm’s Sync3 infotainment system can now be used with ‘pinch and swipe’ gestures. It should also be appreciated that the handling has been improved with better dynamics and stability; it’s a great performer around town for those doing multi-drops and a sound and enjoyable vehicle to drive on motorways for journeys. 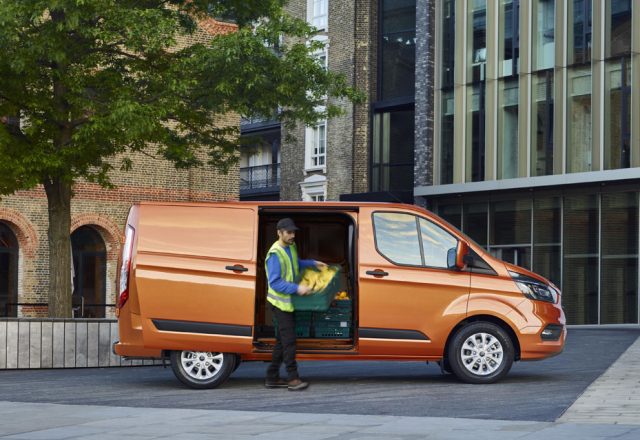 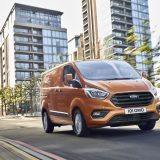 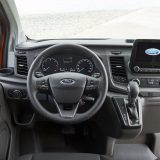 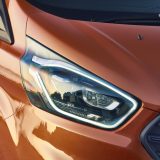 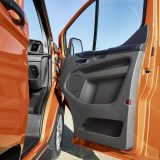 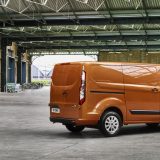 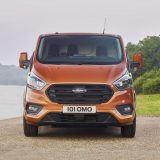