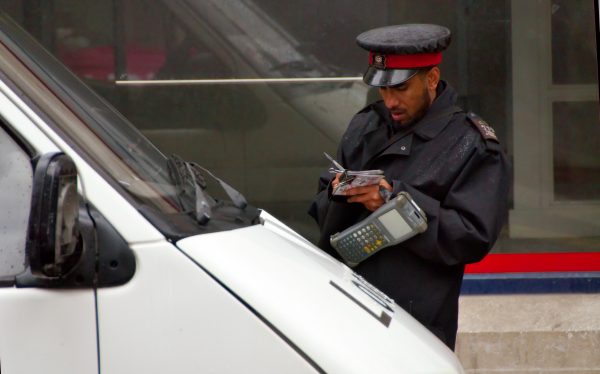 Parking enforcement officers are the bane of commercial vehicle drivers’ lives. An almost typical street scene these days is that of a driver remonstrating with a parking warden over giving him a ticket. Don’t get mad – get even! Figures released by the Freight Transport Association (FTA) last week suggest that 72% of parking appeals by companies in London result in the fine being overturned.

The FTA asked 15 companies that operate in London to provide details about their parking fines, as well as those that they had gone to the FTA for help in appealing. Of over 32,000 parking charge notices (PCNs) they showed the FTA, 72% of those appealed were overturned.

Lies, damned lies and statistics? One only has to look at the numbers involved. This isn’t like a TV makeup advertisement where of 45 women, 60% felt their slap made them look younger. 32,000 PCNs is a large number of parking tickets, and the results (unlike the makeup adverts) are statistically significant!

On most thoroughfares in the UK – other than the ‘Red Routes’ of London (with red lines on the edge of the street) you are allowed to stop your vehicle to load or unload. This does not mean stopping to load up on coffee and lunch, however!

According to the FTA’s Head of Policy in London Natalie Chapman, “Loading and unloading is an exemption to restricted street regulations – it’s allowed on single or double yellow lines for a maximum of 40 minutes.”

Where the driver has a legitimate reason to stop in a restricted parking area for commercial reasons – unloading their LCV or van for a shop or picking up a package as part of their business as a courier for example – then the FTA’s message is to appeal.

Where the FTA has a commercial interest in your joining the organisation and using their PCN appeals service, it is worth appealing either through them or another organisation. They say that the man who represents himself in court has a fool for a lawyer, but the appeals system is designed to be easy to navigate. Above all you should look at keeping the cost of the appeal below the final cost of the ticket, or you would be wasting your money. Given that only 15 companies in London had 32,000 parking fines, the amounts soon tot up. Away from the FTA’s PCN appeals service, I’ve seen a company that charges you 50% of the original fine should you win the appeal. Over 1000 parking tickets, this could save you well over £50,000 in that timeframe. Given the margins at which many couriers and shipping companies work in a fiercely competitive market, that could make the difference between an OK balance sheet at the end of a financial year and a reasonably rosy one.