The Citroen Berlingo offers more of the same

It’s probably one of the most recognisable small vans on the UK’s roads, and the Citroen Berlingo is a winning combination of solid build, low price and cheap running costs. The latest incarnation of what has been an incredible bestseller for Citroen sees the addition of a new five-seater crew van and there’s a new platform cab should potential owners look for a specialist body combination. However, Citroen is also offering the Berlingo as an electric van too which delivers the same van qualities but with lower running costs – a real consideration for urban owners. Potential owners should also appreciate, if they don’t already know, that the Berlingo is mechanically the same as the Peugeot Partner.

While the Citroen Berlingo has been a popular choice with van buyers for what feels like an eternity, the rival van makers have improved their offerings so the initial attraction for the well-made van is no longer as strong as it once was. The driver’s seat has good adjustment to help make it a great choice for anyone wanting a multi-drop carrier with the driver getting out every few minutes. While there is still a lot to recommend the Berlingo, particularly the new crew van, it’s not quite in the same category as the VW Caddy or even a Ford Transit Connect. Sadly, despite being a well-loved van, it is beginning to show signs of its age.

If you like the Citroen Berlingo then have a look at the Ford Transit Connect, the Fiat Doblo Cargo or the VW Caddy.

The Citroen Berlingo has a range of four diesel engines and one petrol unit which are mated to the firm’ impressive six speed automated manual transmission or the choice of a five or six speed manual gearbox. The 1.6 litre diesel engine producing 75bhp offers reasonable performance, especially around town, though for speed the 98bhp is a sound choice. All of the engines are smooth performers and the automatic gearbox delivers great progress. Running costs are also kept low with the 17 litre AdBlue tank which should last for 14,000 miles, depending on the driver’s style. The BlueHDi engine producing 98bhp and mated to the automatic gearbox should return 69mpg with emissions of 109g/km; the same engine mated to the manual box will return 67mpg and emissions of 111g/km. The 1.6 litre petrol engine will return 44mpg. Service intervals for the diesel engines are two years or 12,500 miles. The warranty is a more impressive 100,000 miles or three years.

While it may be smaller than most rivals, the Citroen Berlingo L1 has a load volume of 3.72 cubic metres while the L2 has a volume of 4.1 cubic metres. The gross payloads for the Berlingo are 625 kg, 725 kg, 750 kg and 850 kg – with some rivals offering a full 1,000kg this is a negative for many potential buyers. However, it can carry a Euro pallet (loaded via the rear doors) and some models can carry two though this depends on their axle and payload permissions.

One reason for the low cost of a Citroen Berlingo is down to the short equipment list but it does have things like satnav and a stolen vehicle tracking device. Owners can also upgrade their telematics platform to a real-time fleet management offer. The van is a safe one and opt for the Berlingo Enterprise and owners will have an alarm fitted. There’s also the choice of the enhanced traction system, which is fitted to the Berlingo XTR+ which delivers more grip on slippery surfaces rather than being all-wheel traction. Other safety kit fitted as standard includes electronic stability control, ABS and a driver’s airbag. Except for the Berlingo Crew Van, all models have a ladder frame bulkhead though there’s also the option of a full and half height steel bulkhead.

The new Euro 6 engines deliver better economy and performance in the Citroen Berlingo and they are sound performers around town and on motorways. The van has a composed stance and it’s still good to drive around town; for regular drop-offs it’s an easy van to get in and out of. Fully laden, the engines aren’t quite as lively on motorways. However, there’s little in the way of body roll and the handling is good. Also, when the van is empty it is an agile performer and even when fully laden it offers impressive handling.

While there’s not much equipment on the Citroen Berlingo owners will find a programmable speed limiter and cruise control while top end models have a 7-inch touchscreen for the infotainment system as well as a DAB radio. All trims have overhead storage and there’s plenty of cubbyholes in the comfortable cabin as well. Other models come with a nearside sliding side door, remote central locking and electrically heated and adjustable door mirrors. There’s also programmable speed limiter and cruise control and a mobility pack option that raises the suspension and introduces a limited slip differential. Top models have reverse parking sensors – which should really be fitted as standard equipment – air conditioning (which is also an option) and Bluetooth connectivity. 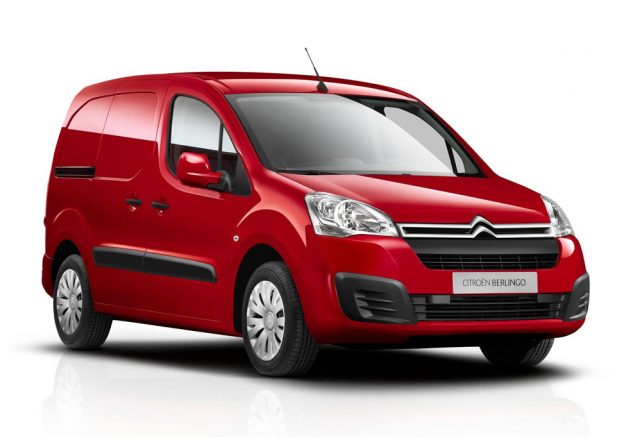 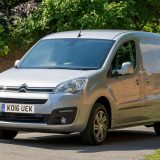 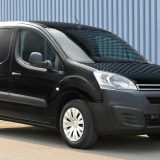 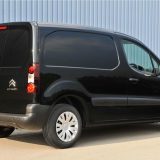 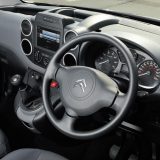 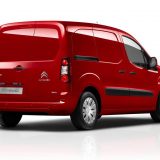