In 2017, the Citroen Berlingo Electric saw its battery-powered range extended along with the introduction of a new L2 version. While there’s only one trim currently available, the LX, the van has a lot to recommend it. However, a business will need a good financial argument before purchasing one since a frugal diesel may be more economical to run.

The argument for running an all-electric van for business is getting stronger and while the Citroen Berlingo Electric is a very good vehicle it is hard to argue for it against a frugal diesel van – even the diesel Berlingo. The lack of range will be an issue as is the initial purchase price and the aging design count against it. However, for those firms where a maximum range of 106 miles isn’t an issue and they have recharging facilities then the running costs and low maintenance bills are positive reasons for taking the plunge. The Berlingo has a solid fan base but there are rivals which offer better range and have a lower purchase price – the impressive Renault Kangoo Z.E. for instance.

If you like the Citroen Berlingo Electric then have a look at the Renault Kangoo Z.E. and the Peugeot Partner Electric.

The biggest attraction for using an all-electric van is the low running costs and Citroen says its van will cost less than £2 to run for every 40 miles which will be a huge plus point for many potential buyers. The makers also point out that maintenance costs are also 30% to 40% lower than those for a diesel van.

Also, the Berlingo Electric van can be recharged in 30 minutes to 80% of its battery capacity when using a dedicated rapid charge point. For those who use a mains supply, the recharging to full capacity takes eight hours. Running costs are also improved with the drive motor providing regenerative braking whenever the Berlingo Electric is slowing down which helps to reduce brake wear and recharge the batteries. The other big attraction for buying an electric van is the government subsidy for doing so and for those operators in London they won’t have to pay the congestion charge which could save them more than £2,500 every year. Some boroughs in London also offer a discount on parking permits which could save, if the firm is based in Hackney, around £1,750 per year, for instance. On top of this, the vans will be exempt from vehicle excise duty so the owners will save another £230 when compared to buying a diesel van.

The load space for the Citroen Berlingo Electric is the same as it is for the diesel versions since the lithium-ion battery is underneath the load space’s floor. The load length is 2,050 mm in the L2 and it is slightly less for the L1. The payload capacity for the L2 is 552 kg and a load volume of 3.7 m³. For those who need the extra load length, the passenger seat can be folded flat to extend the space to 3,250 mm or 4.1 m³. In the L2 Berlingo Electric, there are twin sliding doors fitted as standard.

The van maker says it has responded to customer feedback so all new Citroen Berlingo Electric vehicles benefit from a 16A, Type 2 charging cable which can be used with most public access charging points. There’s even a workplace grant for a firm to introduce a charging point on their premises.

Also, the van is not packed with equipment but there is Bluetooth connectivity along with electric windows, remote central locking and conditioning. Options include rear parking sensors.

Both the Citroen Berlingo Electric L1 and L2 versions utilise the same electric drivetrain with the 22.5kWh high-capacity lithium ion battery pack powering a motor to develop 65 HP and torque of 200Nm. The power is delivered to the front wheels through a single ratio gearbox and speed reducer.

The other big attraction for owners is that without a transmission tunnel running down the centre, means there is more space for those sat in the cabin. This is a genuine three seater with no one being squashed for space. Also, the middle seat folds down to become a mobile desk and there’s plenty of clever stowage in the cabin for most owners to appreciate.

Out on the road, the Berlingo Electric is a nice van to drive and retains everything the sibling is famed for. Acceleration is smooth but not necessarily as quick as rivals but the cabin is a very quiet place to spend time. It’s also a great vehicle to drive round town where the handling and the suspension make themselves felt effectively. Realistically anyone interested in this van should appreciate that the real world range will be closer to 80 miles and when using the electric equipment, particularly the air conditioning, then it may even be less.

Get a Quote on a Citroen Berlingo Electric (2017) 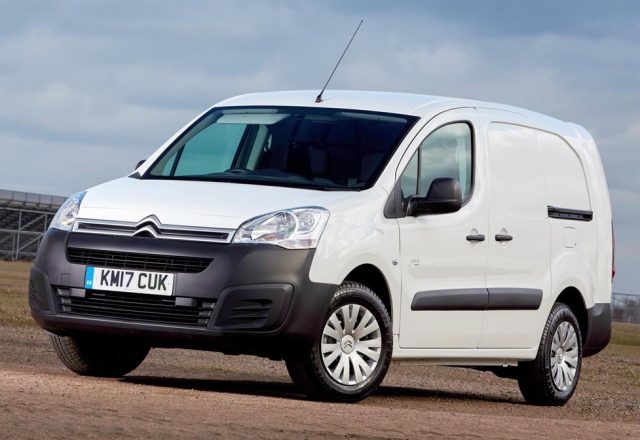 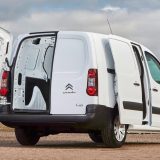 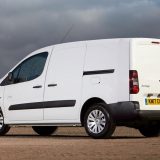 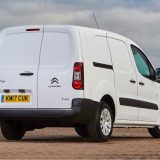 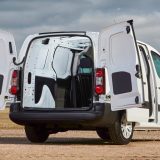 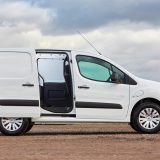 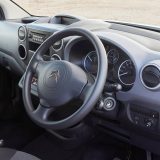 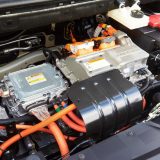