Launched in 2016, the Citroen Dispatch is a refined and impressive all-new creation that is available in two wheel bases and three body lengths. It’s only got, however, a single roof height but this means it can go under most car park barriers. The new van is also much better than the vehicle it replaces and shares the same platform and parts the Expert and Proace vans.

For those drivers looking for car-like handling and refinement, then the Citroen Dispatch is certainly worth a close look. It’s also better than many of its rivals in the segment but the fact it has one roof height will put off some potential buyers. Also, while it is a good van with lots of refinement to be had, it’s not a segment leader though it does have a value for money offering.

There is also lots of equipment on board though the better safety technology comes as part of relatively expensive packs. There are three versions of this panel van and the rear suspension helps deliver a stable ride and good grip.

If you like the Citroen Dispatch then take a closer look at the Mercedes Vito, the Vauxhall Vivaro or the Ford Transit Custom.

There are two BlueHDi engines on offer, in 1.6 litre and 2.0 litre guises. The entry level model offers a 1.6 litre diesel unit producing 94 bhp which is mated to either a five-speed manual box or a six-speed automatic transmission. The 2.0 litre engine is generally coupled to a six-speed manual box and there’s also an impressive 2.0 litre BlueHDi unit producing 178 bhp that’s coupled to a six-speed automatic transmission that delivers more power and performance for those who are looking for that. The van is economical to run and it is one of its most attractive features.

Indeed, the van is better than many of which rivals for economy; Citroen says that the economy for the range will be at least 5 mpg better than its rivals in all driving conditions – now that’s a bold claim and could be the clincher for many buyers. Official figures reveal that the 1.6 litre diesel unit producing 114 bhp will return 55 mpg with emissions of 133g/km. For the 94 bhp version of the same engine with automatic transmission, the economy is 54 mpg and emissions are 135g/km. Even the engine producing 178 bhp will return 46 mpg which is an impressive figure considering the level of performance being delivered.

Potential owners need to appreciate that the load capacity for the Citroen Dispatch varies depending on the engine; for instance, the 1.6 litre diesel offers load capacity of 1,000 kg while the 2.0 litre unit will carry up to 1,400 kg. While the load capacity is good, the load area dimensions don’t quite match up to many of its rivals but it does offer owners electrically operated sliding side doors which also have hands-free access. It helps that the load bay will carry two Euro pallets easily.

There’s a decent list of safety equipment on board but drivers may have to pay for the pricey extras which include blind spot monitoring, an active braking syste, and a rear parking camera. There’s also traction control and the option of Grip Control which is an upgraded version and boosts grip on muddy tracks.

The trend for van makers today is to create a vehicle that offers lots of refinement and a claimed car-like driving experience; in the case of the Citroen Dispatch this isn’t a claim but is a fact. It helps the van is based on the same platform as the Citroen C4 Picasso which helps to deliver the grip and agile performance potential owners may be looking for. The van also has an impressively tight turning circle of around 11 metres which is impressive for the 4.6 metres length of the van. The load lengths vary from 3,670 mm to 4,020 mm while the width between the van’s wheel arches is 1,260 mm. The load volumes that the van can carry range from 5.1 cubic metres to 6.6 cubic metres. Some models also have a long load system which sees the bulkhead being fitted with a hatch and one of the front bench seats reveals the hatch so an extra 1,160 mm of load length can be fitted easily. The middle seat also folds up into a table for paperwork or a laptop.

With its agile handling around town and responsive engines means that the Dispatch is a sound choice for rural and urban operators who need that level of performance and will enjoy the compact dimensions. The twin sliding doors are also excellent for easy loading and the hands-free option will attract potential owners as well.

Even in the basic guise, the Citroen Dispatch offers lots of tech which helps to set it apart from its rivals. For instance, there’s a 7-inch touchscreen and Bluetooth connectivity. The Dispatch also offers electric windows, DAB radio and sliding side doors with the option of electrical operation. Other models come with larger alloy wheels, LED driving lights, air conditioning and the infotainment system and a rear parking camera. Among the options list is a head-up display and satnav.

The Dispatch is fitted with a fixed metal bulkhead as standard but that is the European regulation but there is the option of an insulated bulkhead which makes the cabin quieter and comfortable.

Prices for the Dispatch start at £18,250 and rise to £27,300, which is the same price scale as the Peugeot Expert and both vans have similar options and spec as well. 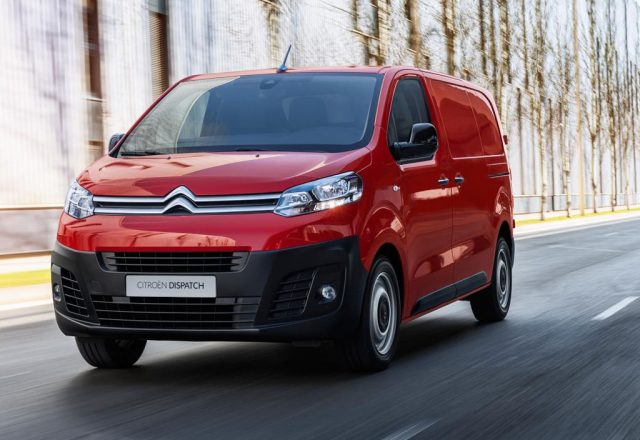 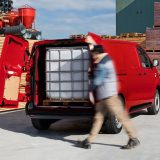 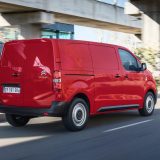 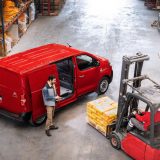 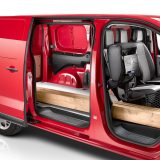 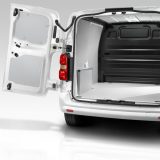 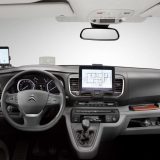 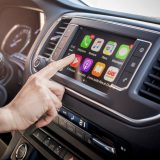 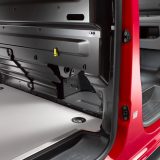