With a wide range of models to choose from, the Citroen Dispatch offers a van that will do what it’s meant to do very well indeed.

There’s been a revamp since its launch in 2007 and another one is planned but the basic offering is sound.

Opt for the firm’s air suspension and the van is a great performer with the ability to carry a heavy load easily thanks to the self-levelling suspension delivering an assured ride.

There’s no doubt that the Dispatch has a refined engine and is a good performer at low speed and will pull a heavy payload quite easily.

The handling is also impressive, whether at low speed in towns or out on the motorway and though rivals can carry more, the Dispatch is a good performer.

With two wheelbase lengths and two roof heights, the load space will meet most demands and help to make it a decent all-round van that is value for money.

While the Citroen Dispatch is produced in the same factory as the Peugeot Expert and the Toyota Proace (though it started life alongside the Fiat Scudo), the Dispatch is an impressive van with a lot going for it.

There’s a wide variety of models on offer in both long and short wheelbase versions as well as panel van and crew van options. There are also conversions available, including a platform van.

The Citroen Dispatch has the option of using the firm’s air suspension which means it’s a comfortable drive regardless of how much cargo is on-board and there’s also a useful feature to lower the rear end to help for easier loading. This option is worth the extra expense.

Of the engines, the 2.0 litre HDi diesel is an impressive unit whereas its 1.6 litre sibling isn’t quite as powerful but then it’s a useful performer around town and lively enough to deliver an enjoyable ride.

In an increasingly competitive market, the Dispatch manages to impress with great performance and economy and though it is lacking for many standard features it’s still offering a decent van for the money.

If you like the Citroen Dispatch, then have a look at the Peugeot Expert, the Vauxhall Vivaro or the VW Transporter.

One of the biggest attractions for the Citroen Dispatch is the fact it is so cheap to run; the fuel economy is among the best in its class.

For instance, the 1.6 litre HDi engine will produce 90bhp should return around 42mpg while having CO2 emissions of 177g/km.

The 2.0 litre HDi will return 44mpg and have CO2 emissions of 168g/km, which makes it the better choice.

Servicing intervals for the Citroen Dispatch are set at 20,000 miles, or 12 months, though some rivals have longer service intervals. However, the insurance group for the Dispatch is quite low and should mean it’s cheap to insure.

With so many combinations of the Citroen Dispatch on offer, it comes as no surprise to learn that there are some decent load spaces on offer with capacities ranging from 5 metres cubed to 7 metres cubed.

It should also be noted that buyers who opt for the air suspension can lower the rear to be the lowest in its class to enable easier loading. Once loaded, the firm’s air suspension is self-levelling and will adjust itself automatically which means the driver won’t accidently set off with it still lowered!

It’s also nice to see that there are some clever design ideas on board which include an option for a pipe carrier which will carry pipes which are 3metres long in a compartment that runs underneath the roof and over the cabin.

However, one big help is that the Dispatch comes with two sliding doors fitted as standard which help give good access to the load space. There’s enough space on board to carry a Europallet though some models can carry two and even three pallets.

Maximum payload on the Dispatch is 1,200kg though even the smallest model in the range will carry nearly a tonne.

Opt for the self-levelling air suspension on the Citroen Dispatch and it will include tyre monitoring but it’s a surprise to find that another option is a full height steel bulkhead whereas it is fitted as standard on most of its rivals. The full height bulkhead is standard on the Enterprise model.

Instead, the Dispatch has a ladder bulkhead fitted as standard on most of its models.

It’s also surprising to find that Citroen hasn’t added electronic stability control as standard but has it as an option, and for some models it cannot be added at all. Side airbags aren’t available either as an option and many rivals have more standard safety equipment fitted.

There is however ABS with emergency braking assist and a driver’s airbag. There’s also the firm’s Grip Control, an option on some models, which helps to keep the van under control on loose surfaces, such as a building site or snow for example.

The 2.0 litre HDi engine is a great performer; it shifts heavy loads at lower revs very easily while the 1.6 litre diesel variant does seem to be underpowered at speed when the vehicle is fully loaded.

Driving the van is a comfortable experience, the seat can be adjusted and the steering column too for rake. The interior is very car-like in its design and layout.

The van handles well and with the air suspension fitted, heavy loads can be carried with ease on winding roads and with or without air suspension the Dispatch is a great performer at speed on motorways. It should also be noted that without the air suspension, there’s little in the way of lean in corners and the steering is light and true.

The standard suspension deals with rough roads easily and there’s a tight turning circle to help in built-up areas.

The 1.6 litre diesel engine comes with a five-speed gearbox while the 2.0 litre unit gets a six speed transmission, a big help on long journeys. There’s no automatic option.

Essentially, handling is excellent and the ride is one to enjoy whether on multi-drops in urban areas or whether on a long trip. However, one drawback for not having a full height steel bulkhead is that the road noise can be intrusive from the cargo area at speed.

The car like interior is reminiscent of other Citroen productions and there’s plenty of storage space in the cab which has an airy and light feel because of the large windscreen.

One of the big attractions for choosing the Citroen Dispatch is that it comes with the Trafficmaster Smartnav system on all models and even includes a three-year subscription to ensure data and maps are up to date.

Get a Quote on a Citroen Dispatch 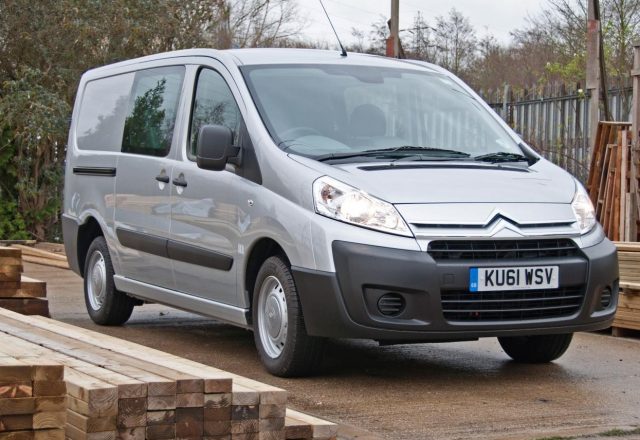 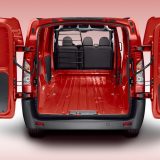 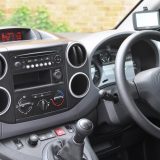