Citroen Nemo is not a fish out of water

There are so many things going for the Citroen Nemo that help to make it a great small van with some very clever design ideas on board.

Despite its size, it is available with twin sliding doors though it can be a noisy vehicle to drive on long motorway journeys.

And while there’s plenty of space for cargo, the roof line isn’t very high which means very tall drivers might struggle to get comfortable.

The Citroen Nemo is built in the same factory as the Peugeot Bipper and the Fiat Fiorino but it has its own style and character.

Above all, the Nemo helped to rejuvenate the sector when it was launched and it’s still one of the better small vans available.

It has excellent ability and it’s a comfortable place to be – Citroen highlights the fact that it’s like driving an office on wheels and there are some nice touches to help those who work out the road do so comfortably and easily.

One of the best things about the Citroen Nemo is that it has car-like driving abilities which makes being behind the wheel on a full day of deliveries a tad more attractive and comfortable.

However, the ride is rather harsh without full payload but the van is also really cheap to run.

There’s also only one body style and a choice of either diesel or petrol engine but there’s plenty of kit on board to make this a worthy consideration for anyone looking for a small van.

Indeed, anyone needing a small van for use around town and who won’t be running up a high mileage every year should take a look at the petrol engine version of the Citroen Nemo which should meet every need.

Essentially, the van really is car-like in its abilities and it performs well in a variety of circumstances. Throw-in the fact that there’s enough space on board for a Euro pallet and the Nemo looks like a winning combination.

If you like the Citroen Nemo then take a look at the Fiat Fiorino, the Mercedes Citan or the Peugeot Bipper.

Choose the diesel engine for the Citroen Nemo and you will find the highly regarded 1.2 MultiJet engine from Fiat under the bonnet. It has a power output of 74bhp and should return around 66mpg with CO2 emissions of 119g/km.

That figure is for the manual transmission, the figure drops to 109g/km for the automatic gearbox with stop-start.

The 1.4 litre petrol engine is supplied by Peugeot Citroen and has a power output of 72bhp but will only return around 44 mpg. It also has CO2 emissions of 148g/km.

Service intervals for the Citroen Nemo are set at 20,000 miles, or two years, and the insurance rating for the vehicle is low so insuring it should be cheap also. The warranty itself is for two years and unlimited mileage.

The load area is 1,523mm though this can be extended by lowering the passenger seat to 2,491mm, which is great for when longer loads need to be carried. Its payload is 660kg.

Essentially, there is 2.5 cubic metres of load area though this extends to 2.8 cubic metres when the passenger seat is lowered. This is practically double than the load space found in rival vans such as the Ford Fiestavan and the Vauxhall Corsavan and access to the load space is easier too.

Two of the Citroen Nemo models come with a near side sliding door though there’s option of an offside door too.

And even though the Nemo doesn’t look like it will, a Euro pallet will fit into the load space.

The 660LX offers a decent list of safety kit including dead locks and there’s a separate lockable compartment in the cabin.

The Nemo also has seat belt pretensioners and a driver’s seat belt alert. An immobiliser is also fitted as standard kit.

One of the attractions to the Citroen Nemo, in addition to its surprising amount of load space, is its car-like handling.

The Nemo is based on the Fiat punto so this shouldn’t come as a surprise but the power assisted steering helps to improve handling though the suspension has a tendency to bounce when the vehicle is empty.

Of the two engine choices, the diesel variant is the best performer on motorways and even with a full payload it’s a comfortable cruiser at high speed. There’s also very little in the way of road noise.

The petrol engine is ideal for busy city streets and it’s an agile performer in heavy traffic and ideal for multi drop routes.

Drivers will also find there’s a good vantage point from the driver’s seat and the wide mirrors give good all-round visibility.

All Nemos have two unglazed rear doors which will open to 180 degrees which makes access to the cargo area very easy.

Behind the driver’s seat is a ladder-type bulkhead though there are other bulkhead options available, including a full steel bulkhead with a window.

There are plenty of cubbyholes and storage spaces, including a glove box that will easily hold a laptop, and the list of standard spec helps to set it apart from its rivals. There’s also an on-board trip computer and the LX has an A5 clipboard-style writing surface.

Opt for the Enterprise model of the Nemo and it comes with air con, Bluetooth connectivity and rear parking sensors.

Get a Quote on a Citroen Nemo 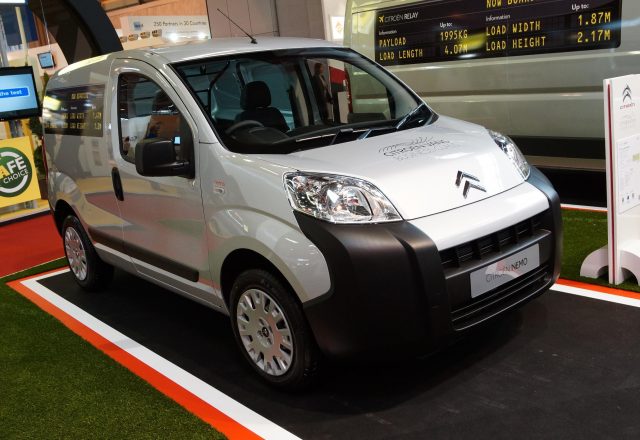 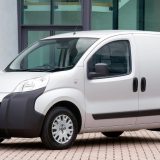 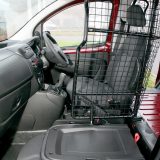 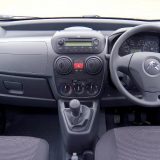