The Fiat Fiorino is ideal for city needs

The small dimensions of the Fiat Fiorino will impress many potential owners since it fits easily into small spaces and is a great size for driving around town. Indeed, the engines offer surprising levels of performance though the van itself is not only noisy at high speed but it’s not really suitable for longer journeys. Tall drivers particularly may feel cramped in the cabin and the equipment levels could be better. This is an old van with a refresh but it is a small vehicle with lots of capabilities – but it’s up against better made vans that offer more. There’s no doubting either the solid build feel to the van and the better trims have nice levels of equipment. Handling is impressive around town and, for the money, it’s a good offering and it has a decent sized load space and can carry 660kg – which for many drivers is all they want from their delivery or works vehicle.

While it’s up against some stiff competition, the Fiat Fiorino is a cheap van to buy and run; the automatic transmission models will return 74 mpg with emissions of 100g/km; that’s quite impressive for city driving while carrying a 660 kg payload. The van is less than 4 metres in length and offers practicality and flexibility with its easy access to the load space. The 2016 styling changes saw a new bumper and alloys being added as well as a grille but it’s essentially the same van that was launched in 2008. Also, while there’s a lot to like about the Fiat Fiorino particularly for driving around town, there’s still the issue of size and cost and for a little bit more drivers can get a slightly larger van that may just have more equipment and abilities.

If you like the Fiat Fiorino then take a closer look at the Ford Fiesta, the Peugeot Bipper or the Citroen Nemo vans.

There are three Euro 6 compliant engines available; one petrol and two turbodiesel units. The 1.4 litre petrol engine produces 77 bhp, while the 1.3 diesel units produce 80 bhp and 95 bhp. The best engines for the low running costs are the EcoJet engines which use fuel-saving technology and when combined with Comfort-Matic (it’s Fiat’s automatic gearbox) can produce fuel savings of around 14%. The petrol engine should return 40 mpg and the diesel engines can be optioned with the firm’s stop-start technology and other fuel saving measures. The van also comes with a 120,000 miles warranty, or three years, with servicing intervals set at 21,000 miles.

It may be a small van but it’s load capacity is 2.8 cubic metres and will carry 660 kg. Access is via sizeable rear doors that open to 180° and with vertical ergonomic handles they can be opened from each side and with minimal effort; a boon to city delivery drivers. The load space can accommodate objects that are 1.5 m in length. There’s also a retractable, folding passenger seat which, when not being used as a desk, can be folded to accommodate objects that are 2.5 metres long. There’s a full metal bulkhead available as an option which is also lined on the side for the passenger’s compartment to boost refinement levels.

The revamped Fiat Fiorino comes with ABS, hill start assist, front and side airbags, parking sensors (though these are an option on some models) and electronic stability control. For drivers who have to tackle rough terrain, there’s an Adventure version of the Fiorino which has a raised suspension, specialist tyres and oversize body protection along with Traction+ which is an electronic differential lock system that will help deliver better grip on loose surfaces. For those who opt for the Adventure and may be wary about body roll in tight corners, then they need to be reassured that this model has firm dampers and springs to help control this roll and also the bounce when the load space is empty.

Behind the wheel, the Fiat Fiorino offers an agile performance around town thanks to its small footprint but is found wanting at speed on the motorway; long journeys could be an issue. The van is mechanically similar to the Citroen Nemo and Peugeot Bipper and is available in standard and crew van options – though obviously there’s not much space in the rear bench. While it’s poor performer on motorways at speed, it really is in a class of its own around town and on winding country roads where the diesel engines particularly impress; the automatic gearbox is also a reasonable performer.

The revamp has seen slight improvements to the cabin, including a new steering wheel and the option of having remote controls for the van’s radio. There’s also new graphics for the instrument cluster along with permanent backlighting to improve visibility. Drivers also have a 5-inch colour touchscreen for the van’s infotainment system and, for the first time, there’s Bluetooth connectivity, DAB radio and connections for the satnav and USB. There’s also a nearside sliding side door and a speed limiter. Other models come with deadlocks, electric mirrors and windows. Options for the van include air conditioning. There’s also no hiding from the fact that the basic model is rather sparse for equipment put the other trims have decent equipment levels and the Adventure model should meet all potential owner’s needs. 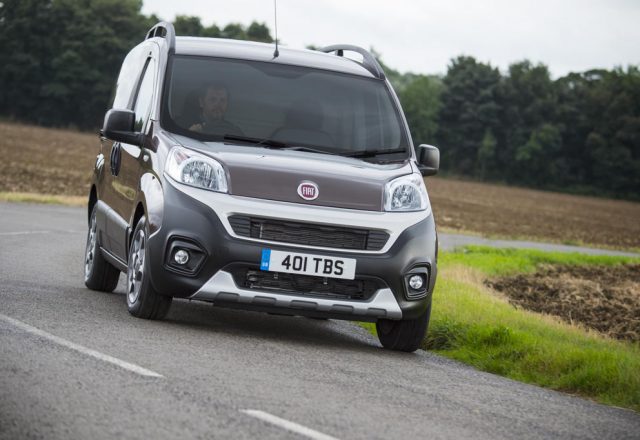 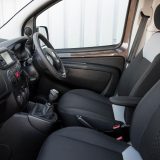 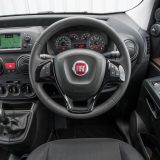 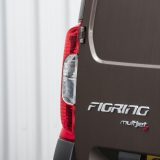 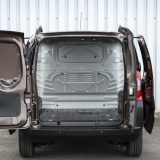 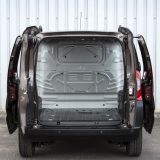 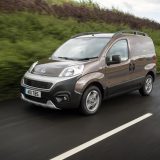 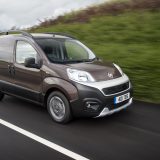