While there aren’t that many Fiat Talento medium size vans on the UK’s roads, it’s certainly a van worth considering. It’s in a competitive segment and is up against the likes of the Mercedes Vito, the Ford Transit Custom, and the Volkswagen Transporter. However, it has been priced to sell and if you are a Fiat van fan, then be aware that this is really a Renault Trafic (and the Nissan NV300). It still wins awards on its own terms though.

A revamp in 2020 saw the Fiat Talento offer efficient 2.0-litre engines, along with start-stop technology. The cabin was also revamped to include a new seven-inch infotainment system with satnav and DAB radio. There’s no doubt the Talento is a strong contender in a competitive market, but it also has enough refinement and low running costs to make it a serious contender.

The new Fiat Professional Talento has been updated with a host of new features for the new model year.

The Model Year 2020 (MY20) sees the introduction of new 2.0-litre Euro6d-Temp engines and updated features in the cabin, including a 7-inch touch-radio Nav infotainment system that is Apple CarPlay ready and Android AutoTM compatible, while still remaining the ideal workmate with its class-leading load capacity and cabin functionality.

The MY20 Talento sees the introduction of the new 2.0-litre EcoJet engine with Start & Stop technology, which provides improved fuel economy, reduced CO2 emissions and better power and torque than the previous 1.6-litre engine.

The engine is equipped with a variable geometry turbocharger for smoother performance at low speeds and thanks to its electronic control, the new turbocharger can adapt its fluid dynamics to engine speed and driving style. These new engines use Selective Catalytic Reduction (SCR) technology to decrease nitrogen oxide (NOx) emissions by injecting a solution of AdBlue® into the exhaust gas.

Leaving aside the lower price tag, the reasons to buy the Fiat Talento include doing so for the responsive engines with fuel economy of around 50 mpg. It’s also a well-made and well-designed van with a range of extended warranty packages to attract potential buyers.

If you like the Fiat Talento, then consider the Mercedes Vito and the Volkswagen Transporter.

While the Fiat Talento has 2.0-litre EcoJect engines, they are Renault dCi engines that have a sound reputation and are reliable.

The diesel units return between 40 – 50 mpg to deliver low running costs. That looks like a fairly respectable figure but be aware that the Peugeot Expert rival will return better economy.

Another big difference is that the Talento has a 120,000-mile warranty, or three years.

That’s impressive but the Renault Trafic offers 100,000 miles or four years which may prove to be more attractive to potential owners.

However, the aftersales division for Fiat Professional, Mopar, does offer a range of warranty packages to meet specific needs.

The Fiat Talento has a range of body types with two wheelbases, two heights and two lengths.

Owners can combine various elements for a load space ranging from 5.2 m³ to 8.6 m³, and the gross vehicle weight ranges from 2.8 tonnes to 3.05 tonnes.

Drivers can also use the ‘CargoPlus’ partition that runs under the passenger seats so they can carry items up to 3.75 metres in length – or in the long wheelbase, 4.15 metres.

The payload is 1,258kg which is useful, but rivals offer more so it may not be as practical as some van owners may be hoping for.

The revamp in 2020 saw the Fiat Talento get a new black interior to create a functional and elegant cabin and various storage compartments. Drivers get a total storage capacity of 90 litres and there’s the option of a Silver Pack, or the Glossy Pack to highlight the infotainment system and air vents.

There’s also a new DAB radio with Bluetooth connectivity fitted as standard for most models, while the better spec versions get a seven-inch infotainment system with satnav and it’s also smartphone compatible.

There’s also electronic stability control with a Traction+ feature to boost traction when on slippery surfaces.

Fiat also adds trailer stability assistance and there’s the option of cruise control and a reversing camera with a monitor.

The latest 2.0-litre diesel engines from Renault deliver performance and meet the Euro6 compliance regulations. The engine producing 120hp delivers impressive levels of performance, and the revs are excellent in the mid-range to help with a rewarding drive when behind the wheel of the Fiat Talento.

The manual gearbox is easy-to-use, though not as good as the Ford or VW box and the steering delivers good feedback. It’s also a well-planted van with strong brakes and there’s little in the way of body roll when cornering.

Noise is also kept to a minimum thanks to the fixed bulkhead and the driver’s seated position is easy to adjust for the seat and steering column.

All in all, the Fiat Talento is a very nice van, it’s cheaper to buy than the Trafic – though not may not be as cheap to run – and the cabin is definitely a nice place to spend time.

Indeed, everything feels solid and well put together, and this is an easy medium-size van to live with. 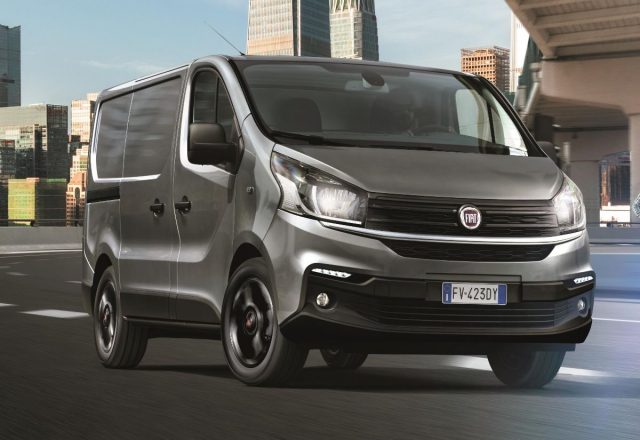 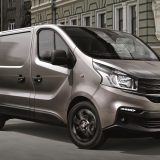 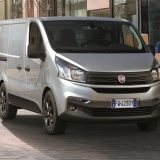 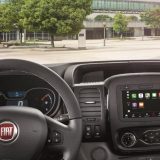 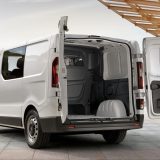