The Ford Ranger is a strong workhorse

The Ford Ranger offers potential buyers a strong workhorse that’s also a sound alternative for those who may be thinking about a small van or SUV. There’s also plenty of equipment on board, particularly for safety kit. The handling is car-like and comfort levels are high, this is a great pickup that will deliver on many fronts for businesses as well as personal buyers. The Ranger offers a refined experience and while it will spend most of its time on tarmac, it’s a sound performer over rough surfaces and building sites as well.

For the money, the Ford Ranger offers a wide range of models and trims and it’s a dominant player in the segment; indeed, rivals have had to carry out minor tweaks to meet the Ranger’s offering while newcomers will be looking at this pickup at setting the bar for the segment. Of the models, business and commercial buyers are catered for with the XL and XLT Rangers. It might be cheap to buy and have lots of equipment but the economy isn’t impressive and is on a par with its rivals. The other downside is the vehicle’s warranty is a disappointing 60,000 miles.

If you like the Ford Ranger then have a look at the Volkswagen Amarok, the Isuzu D-Max and the Nissan Navara.

For the size and weight of the car, the Ford Ranger has reasonable running costs, particularly when compared with its rivals. The new model of the Ranger is slightly cheaper to run than the model it replaces and the 2.2 litre diesel engine producing 158 bhp should return around 44 mpg for the Double Cab model. There is also a 3.2 litre diesel unit which produces 197 bhp but returns economy of 32 mpg. It helps that all Rangers have four-wheel-drive fitted as standard – two-wheel drive is an option – and the models with high-ratio axles are capable of towing a 3,500 kg braked trailer. Ford says its Ranger has also undergone extensive testing so is a durable and sound vehicle for those wanting a pickup for their business. Servicing is every 20,000 miles or two years. It helps too that all Ford Ranger pickups come with the firm’s three years or 60,000 mile warranty – which is nowhere near to the market leading offering – though there’s also a year of Ford assistance breakdown cover and a 12-year anti-perforation warranty.

The load bed varies according to the model chosen but all can accommodate bulky loads adequately. The Double Cab, for instance, has a load bed that measures 1.5 m in length and is capable of carrying a payload of up to 1,179 kg. There’s also the option of a hardtop being fitted without the payload dropping below the key 1,000 kg figure. The single cab has a load area of 1,560mm by 2,317mm; the Super Cab offers 1,560mm by 1,847mm and the Double Cab has 1,560mm by 1,549mm. The width between the Ranger’s wheel arches is 1,139mm.

There’s plenty of safety equipment fitted to the Ford Ranger and the option of more, with various packs available. It should also be appreciated that the Ranger is one of the safest pickups currently available, it scored five stars in the Euro NCAP ratings while many of its rivals only scored four. There are plenty of air bags as well as a stability control system and a collapsible steering column. Other features include hill descent control, hill start assist, rollover mitigation and load adaptive control. For those that will be towing trailers, there’s trailer sway control to help keep this pickup on the road. The driver’s assistance pack is an option that adds automatic high beam headlights, collision mitigation, traffic sign recognition and adaptive cruise control.

While growing numbers of buyers are switching to pickups rather than opting for an SUV, these lifestyle buyers can enjoy car-like handling though the Ford Ranger isn’t the best in its class, it is better than many. The ride itself is supple and the suspension deals with rough roads and surfaces adequately to make it a pleasant vehicle to drive. While many potential owners will need it for work purposes it’s a sound performer whether they need to tow a large trailer or carry heavy loads. The Ranger also performs well without a heavy load, unlike some of its rivals which tend to bounce. The new model also has electric power steering which is direct and efficient but some may think it delivers a disconnected driving experience.

The cabin for the Ford Ranger is well appointed and there’s plenty of space though it does feel cramped when compared with rivals. There’s the choice of a two-door two seater model for work while the Super Cab offers rear seats and reverse opening doors. For the proper size rear doors, the Double Cab is a sound choice. There’s plenty of equipment including the firm’s Sync2 voice activated satnav and infotainment system. In the XL, owners also get to enjoy the firm’s ‘easy-fuel’ refuelling system, DAB radio and heated electric mirrors. Opt for the XLT and the extra kit includes cruise control, air conditioning, automatic headlights as well as rain sensing wipers. For those who like the better things in life, the Ford Ranger Limited comes with leather seats and a better infotainment system with a bigger screen and clear menu. However, Ford also offers a Wildtrak model with 18 inch wheels which includes ambient lighting and a rear-view camera. 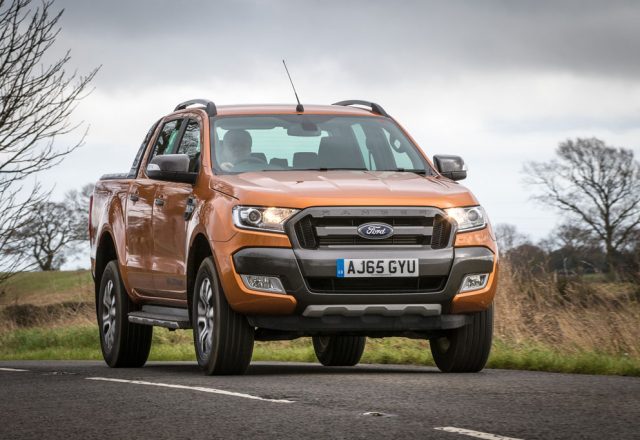 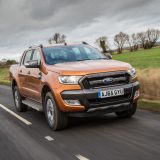 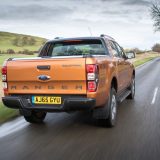 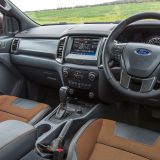 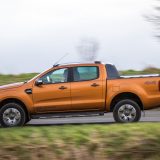 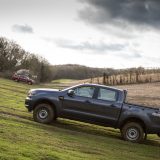 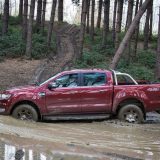 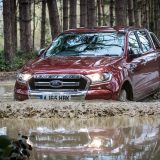 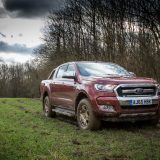 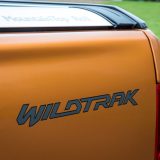 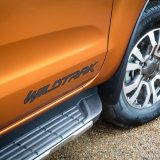 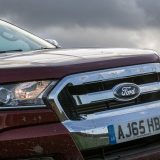