The Ford Transit Courier is a great small van

While the designers have made the Ford Transit Courier a more attractive small van, it utilises Ford’s new design DNA, so it’s more than just a pretty face. The cabin has been redesigned and is more comfortable and features a bigger 6-inch colour touchscreen for the entertainment and communication system. However, the Courier also has improved visibility for the driver and it’s great fun to drive. While many van makers will hail their vehicle as having car-like handling, the Ford Transit Courier really does deliver in this regard. The new engines also impress but big stand-out change is for the re-designed cabin which is made with hard wearing materials so it will take lots of punishment – however, for those who are getting in out of the van many times a day, this is a great van for lots of drops.

There are many reasons to opt for the Ford Transit Courier and while it’s competing in a competitive segment, the running costs are impressively low and the engines are excellent. There’s also a new six speed gearbox and more refinement. For any van operator needing a payload capacity from 500 kg to 590 kg and load volume of 2.4 m³ then the Transit Courier deserves a closer look. It’s also worth noting that while some rivals are cheaper, the Courier has been well-designed and well made; it’s obviously targeting a market that makes it a sound choice.

If you like the Ford Transit Courier then have a look at the new Vauxhall Combo or Peugeot Partner.

The first issue for running costs when it comes to the Ford Transit Courier is that the servicing intervals are an impressive 25,000 miles or every two years . For many operators this will be a big incentive for the diesel engine. Ford is promising that these are the longest service intervals for scheduled maintenance and will keep repair costs much lower than rivals.

However, there are also new engines to choose from including a 1.0 litre EcoBoost petrol unit that features cylinder deactivation and will help boost running costs with better fuel efficiency. The engine itself has picked up lots awards and there are big changes in the new version to its emission control systems as well as the fuel injection and cylinder head; the aim is to lower fuel economy which means that cylinder deactivation works automatically when carrying a low load, the engine can run on two cylinders to reduce running costs. The fuelk economy is around 64mpg but this will, with the cylinders deactivated, be boosted to 70mpg – a great result when driving around town.

There’s also a fuel efficient 1.5 litre EcoBlue TDCI diesel unit and owners will be enjoying fuel economy of around 65mpg even with a full load. The new engine offers the latest in emission control as well as turbocharging and fuel injection technology to help offer better levels of performance while reducing fuel consumption levels. The diesel unit is a low friction engine design and sound performer.

Despite its small dimensions, the new Ford Transit Courier has a payload capacity that will stretch from 500 kg to 590 kg, depending on the body style chosen. The body styles available are the combi and the van which means load volumes will stretch up to 2.4 m³ as well. There’s even a Limited variant and a Dynamic sport model. Both are great to drive with excellent load space and this is a small van that is easy to load and unload.

Along with the Transit Connect, the Ford Transit Courier is a hugely popular model for the Blue Oval and comes with lots of equipment, depending on the model chosen. There’s a redesigned centre console for the cabin with improved ergonomics and a new 6-inch colour touchscreen which, for the high end models, will feature Ford’s Sync3 which is their entertainment and communication system. Everything is easy to use and within reach for the driver. There’s more on board the Courier than for many of its rivals and a comparison of the kit lists will reveal a higher spec level for the Ford.

For those who need a sprightly van to drive around towns and cities, the Ford Transit Courier is a very attractive offering. The new engines, a 1.5 litre diesel TDCI unit and a 1.0 litre EcoBoost petrol engine are responsive and sprightly and also good performers for those long motorway runs (though the smaller petrol engine will strain when the van is fully loaded). There’s also a new six speed manual transmission that is available to replace the previous five speed box with the new offering delivering more refinement and boosting shifting quality. It will also, Ford says, help achieve real-world fuel efficiency. The Courier is hard to criticise when put through its paces around urban areas. 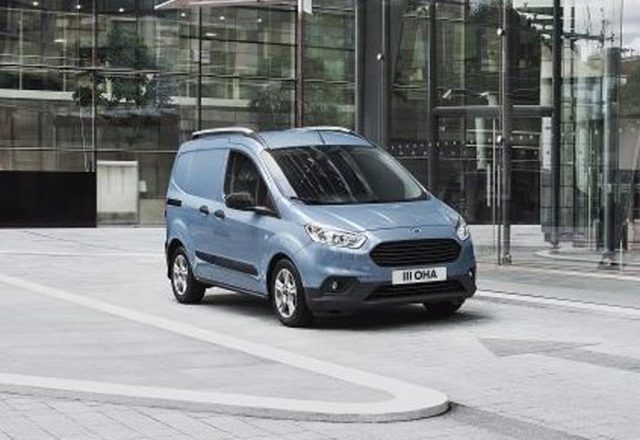 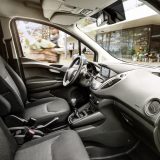 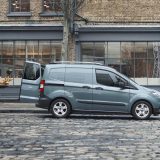 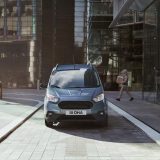