First things first – forget the fact the Mercedes-Benz Citan is based on the Renault Kangoo because this version is so much better than that vehicle.

Indeed, this van really does manage to set the benchmark for a competitive sector and most people getting behind the wheel wouldn’t realise there was a relationship to its French sibling. Thankfully, because this vehicle has lots of differences to help set it apart.

It’s actually a clever ploy by the German giant not to create a small van from scratch and instead team up with one of the leading makers and improve their offering.

The result is an ‘urban delivery vehicle’ that’s just as good as the firm’s excellent Sprinter.

The panel van version is a well-made product and the crew van version, the Dualiner, is also practical and fun to drive. The Traveliner is effectively a people carrier which would be a better choice for many people who opt for standard carriers.

For anyone who spends all day behind the wheel then the refinement and comfort levels alone make this the preferred choice above its rivals.

Leaving aside the cost, the Mercedes-Benz Citan is a fantastic offering that really does tick a lot of boxes.

It’s an agile and strong performer in towns and cities and excellent out on the motorway too.

This is a reliable and solid van that has been carefully designed to offer excellent service.

If you like the Mercedes-Benz Citan then have a look at the Renault Kangoo, the VW Caddy or the Fiat Doblo.

Of the engines, the most practical choice would be the BlueEfficiency version of the 1.5litre CDI diesel which should return 66mpg and have CO2 emissions of 112g/km in the 109 model. This has a power output of 90PS and 200Nm of torque. It’s a great performer, especially at low revs and maximum torque can be reached at 1,750rpm.

Alongside this is are two other engines with outputs of 75PS or 90PS and there’s also a turbocharged 1.2litre petrol version with an output of 114PS which is very quiet and the better performer around town in heavy traffic.

This means that all of the engines are great performers with excellent abilities to shift their loads.

Opt for the 111CDI model and owners will find more power than they will ever need with lots of torque and an excellent six speed gearbox. This Mercedes-Benz Citan is probably most suited for long journeys and should return 64mpg and has CO2 emissions of 123g/km.

In addition, service intervals have been set at 24,000 miles and three years of unlimited mileage warranty which could be the deal breaker for many potential buyers.

The Mercedes-Benz Citan comes in three lengths in the standard and long wheelbase models.

Opt for the Compact panel van and there’s a load space that is 1,369mm long. This van also comes with a robust plastic floor covering.

Essentially, the Citan has an impressive load space of up to 3.8 cubic metres.

All Mercedes-Benz Citan models come with adaptive electronic stability control which also takes into account the payload before implementing its control procedure.

The Citan also comes with a full steel bulkhead in the panel van and daytime running lights and a seatbelt warning light, as standard.

The van also comes with ‘fade-free’ brakes which will be reassuring in an emergency and there’s a vehicle dynamic control system on board which will help control over- and under-steer.

On top of this, there’s also a skid control function (which can be deactivated but the van will switch it back on again when it goes back above 31mph).

The refinement of the Mercedes-Benz Citan is such that it’s not only a quiet van to drive but it’s powerful too. Despite its size, the Citan is an excellent performer at speed on motorways and relaxing to be in over a long journey.

The steering is nicely weighted and even when fully loaded it’s a comfortable vehicle to drive around town.

The choice of engines could be crucial, depending on need. The 108 CDI model, for instance, has 75PS which produces 180Nm of torque and while this is ideal for running around towns and for short runs it does feel like it is straining at speed with a full payload.

However, one of the best reasons for choosing a Mercedes-Benz Citan is for the excellent electric steering and for the tight turning circle.

Another obvious difference between the Citan and the Kangoo is for the revamped dampers and suspension with the Mercedes influence being felt with improved road holding and the ability to absorb potholes and rough roads more easily.

The interior of the Mercedes-Benz Citan is well designed and made from durable materials which should take a lot of punishment and the comfortable seats, apparently, have upholstery that was developed especially for the van.

Standard kit includes a variable speed limiter and cruise control. Buyers can also opt for left and right side loading doors in the long and extra-long versions.

There’s also MP3 compatibility and Bluetooth connectivity, a 12v driver’s power supply plus there’s a lot of storage areas and cubbyholes including space above the passenger and driver’s seat.

For a small van there really is a decent kit level because the Citan also has power steering, electric windows and mirrors as well as having height adjustable and reclining front seats.

Get a Quote on a Mercedes-Benz Citan 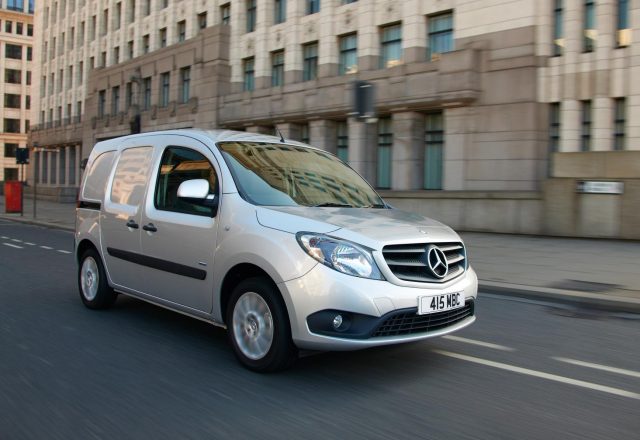 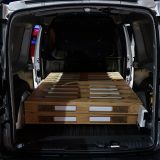 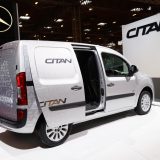 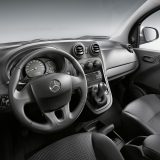 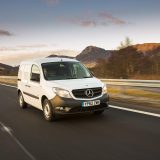