Okay, if you scratch the surface of the Mercedes Citan you are looking at the Renault Kangoo but there are some important differences. For instance, Mercedes has added its own suspension, bodywork and engine to help create what potential buyers are looking for. It also, undoubtedly, has got a better badge which helps sales. Some may believe that buying the Kangoo will offer the same performance and experience but this would be a mistake since the Citan is a very different animal – and when it comes to commercial vehicles you very much get what you pay for.

There are lots of reasons why the potential buyer should be interested in the Mercedes Citan; it’s also much better than the Kangoo. It’s nicer to drive and it’s definitely a Mercedes van with more refinement and a much more comfortable cabin. Indeed, Mercedes has gone to some trouble to deliver a van that impresses on its own merits and is very much in the Mercedes mould. As an example, the cabins are very different with the Citan being more refined – as buyers would expect – but it’s also much quieter than the Kangoo and the layout has been altered to be more driver-centred. Obviously, there’s a big difference in price for what may appear to be similar vans but take them both out for a test drive and the differences and advantages become obvious.

If you like the Mercedes Citan, have a look at the Renault Kangoo, VW Caddy and the Vauxhall Combo.

One of the big attractions for the Mercedes Citan are the running costs. The 1.5 litre diesel unit is a good performer with a range of power outputs that will deliver economy of between 60 mpg and 65 mpg with emissions ranging between 112g/km and 126g/km – some of the lowest figures in the compact van class. It also helps that the service intervals for the Citan boost its running costs which are every 24,000 miles. The insurance groups for the range are also helped with the addition of electronic stability control which is fitted as standard. The Citan also comes with the reassurance of an unlimited mileage, three-year warranty.

There’s no doubt that the Mercedes Citan offers a decent range of payload sizes with its three body lengths. The smallest amount of payload space in the range is 2.4 cubic metres and the folding passenger seat will also fold flat to help extend the van’s load floor length for those longer items when needed. Also, while the load area is a tad shorter than many of its rivals, there’s little intrusion from wheel arches so a Euro pallet can be (just about) fitted width ways. The largest Citan has a load compartment of 1,753 mm which is also shorter than some of its rivals though the extra long body for the Citan offers load space of 2,137 mm.

The Mercedes Citan can carry a payload of 490 kg while the long and extra long bodies will carry from 735 kg and 810 kg – again, these figures are lower than some of its rivals, for instance the Vauxhall Combo can carry a more useful 1,000kg.

One of the big attractions for opting for the Mercedes Citan over the Renault Kangoo is for the level of safety equipment. Indeed, the systems work well to keep the occupants safe with the electronic stability system impressing since it calculates the load weight and then decides how it can best keep the vehicle under control. The system works with a range of other systems to keep the van stable and driveable. Mercedes also offers a safety pack as an option which adds more airbags and front fog lamps.

Out on the road, the Mercedes Citan is a great van to drive and with three diesel engines and one petrol unit to choose from, it is suitable for a range of applications. Those units fitted with the firm’s BlueEfficiency technology as well as the clever alternator and battery management systems plus stop/start will help boost fuel economy. For most potential owners, the Citan 109 CDI will probably meet most of their needs with an engine producing 89 bhp and torque of 200Nm to help shift the van with a full payload when necessary. The more powerful diesel unit is the 111 CDI which offers better revs across the range while the petrol unit, the 112, offers sprightly performance from the 1.2 litre engine producing 112 bhp.

Indeed, while diesels will prove to be the most popular buy, the petrol engine is probably worth looking at for those using the Mercedes Citan for urban use since it offers a smoother and quieter engine performance than the diesel siblings. Economy for the petrol engine is around 46 mpg.

To help underline the idea that this is no rebadged Renault Kangoo, the Mercedes Citan is definitely a class apart when it comes to the interior. The dashboard is different and other redesigns have taken place that make it a more comfortable place to spend time. It’s also a much quieter cabin than the Kangoo and the driving performance is better as well. The gear lever is also better located and the switchgear is made with premium materials.

The three body lengths and styles also make it a popular choice in the segment and the newer Mercedes Citan Tourer with extra seats is also a well-made and attractive proposition for those who need to move crews or passengers around.

Get a Quote on a Mercedes Citan 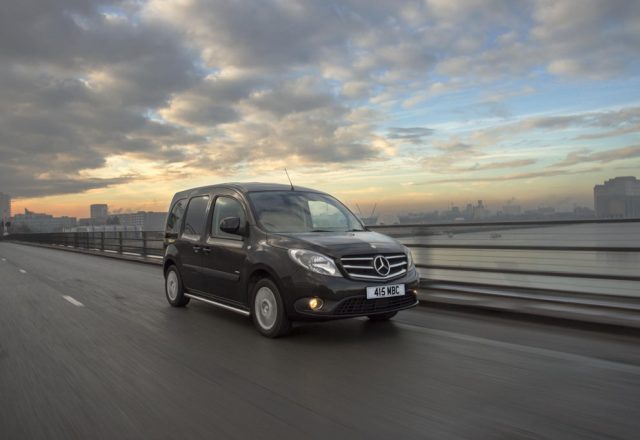 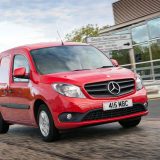 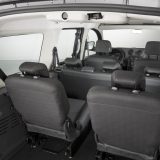 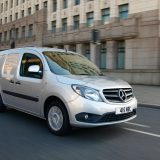 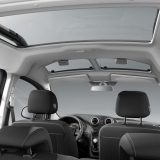 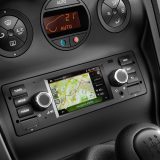 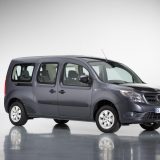 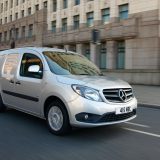 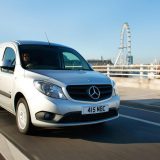 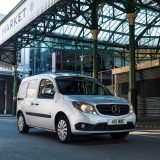