Mitsubishi L200 is still among the best

The Mitsubishi L200 Series 5 which was launched in 2015 managed to set the bar in a competitive segment and it’s still one of the best pickups to buy. There’s a good mix of body styles and specs and the L200 has a hard-won reputation for delivering a quality experience. The vehicle is an important one for the carmaker and with more than 1.3 million sales over nine years, it’s a popular one too. The relaunch also delivered a new engine, a turbocharged 2.4 litre diesel unit which is more efficient than the unit it replaces. While the Mitsubishi L200 may not have the looks, style and reputation of its rivals, it does have legions of fans around the world who love it’s tough and solid build; for most work purposes the L200 is hard to beat and for this reason it sets the bar in the segment for utility, handling and great value.

The Mitsubishi L200 is first and foremost a working vehicle and rather than meet a growing demand from lifestyle pickup drivers, this is a truck designed for substantial hard use. There is a good engine, decent economy and the cabin is a comfortable place to spend time. The L200 has something of a chunky, over the top styling but that is what the pickup market is delivering; there’s a good list of equipment while the top end models deliver luxurious trim levels. For those who are looking for a lifestyle pickup, the L200 is also a sound choice and for those active families who need a reliable vehicle that’s good on- and off-road, the L200 will meet that need.

If you like the Mitsubishi L200 then have a look at the Nissan Navara, the Volkswagen Amarok and the Toyota Hilux.

The Mitsubishi L200 has an all-new turbocharged engine, 2.4 litre diesel unit that will return between 41 mpg and 45 mpg and has two power outputs of 151 bhp and 178 bhp. The Series 5 model is lighter than the one it replaced and the engine is impressively high-tech when compared with its rivals and features an aluminium cylinder block and variable valve timing. The engine is mated to either a five-speed automatic transmission which offers smooth performance but the economy falls to around 37 mpg though that’s still better than many rivals. There’s also a six-speed manual box which is a good performer. It’s also a cheap vehicle to own with a five years’ or 62,000 miles’ warranty along with 12 years of anti-corrosion cover. The service intervals are every 12 months or 12,500 miles.

The Mitsubishi L200 will carry more than 1 tonne and for those who need the extra carrying capacity, there’s a 3,100 kg maximum towing weight (though it is rather less for the single cab L200). The double cab models have a 1,470 mm² load bed. There are 6 lashing points for the load bed and grooves to help separate cargoes. Some models also have a rear bumper step and all have a new mechanism for the tailgate so it will not drop down unexpectedly when it has not been locked. The payload for automatic models, is 1,050 kg and 1,055 kg for the manual gearbox models.

The first thing to appreciate is the Mitsubishi L200 has been designed and built for a tough worklife so it’s a safe vehicle to be in. The chassis has been reinforced and the frame and load bed joints are substantial as they are for the cabin. The list of safety equipment doesn’t quite match that of its rivals but does include airbags, trailer stability assist and a speed limiter. It helps that there is a hazard warning system should the driver brake hard to warn the drivers behind, hill start assist and a lane departure warning system.

The new 2.4 litre MIVEC turbocharged diesel engine is a sound performer. The entry level models have an engine delivering 151 bhp with torque of 380Nm which is more than adequate for most uses while the high spec models come with an engine producing 178 bhp and torque of 430Nm. Also, there is no AdBlue tank to keep the CO2 emissions down as Mitsubishi have managed to meet the Euro 6 emission regulations with its new lightweight engine. Out on the road, the L200 is a composed vehicle with lots of grip; the pickup comes with a part-time all-wheel drive setup that can be manually engaged when necessary. Other models come with an active 4×4 system which can be also selected manually and will send power automatically to the wheels that need the grip most.

While the Mitsubishi L200 is a good performer on the road, it is also a decent off-road as well thanks to the 4WD capabilities. The pickup has a spacious interior with comfortable seats though it does look dated when compared with newer rivals. The interior materials are also designed to withstand substantial use and help underline its commitment to offering a sturdy workhorse rather than a plush lifestyle pickup. There’s a good-sized touchscreen for the infotainment system and plenty of headroom and space for those sat in the rear seats. From launch, buyers could opt for the Double Cab guise and after a year the firm unveiled its cheaper single cab model and the club cab. Standard kit for the L200 includes air conditioning, steering wheel mounted controls, Bluetooth connectivity and DAB radio. It should also be noted that the seats and the handling and performance of the L200 is better than previous models to help make it a great pickup for long journeys that is easy to drive and deliver occupants feeling fresh at their destination. 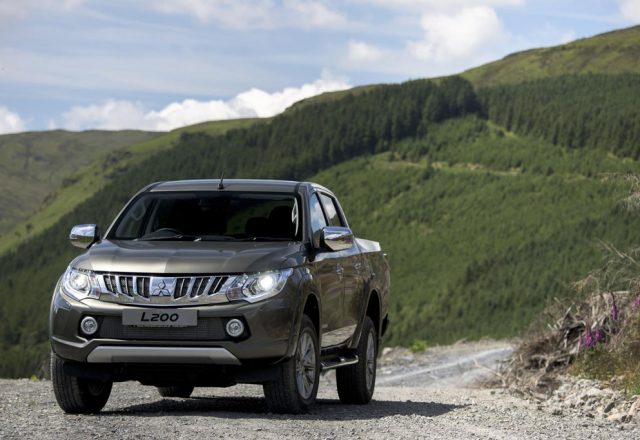 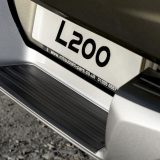 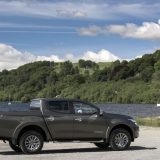 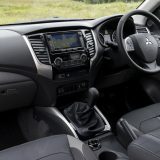 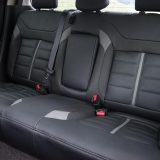 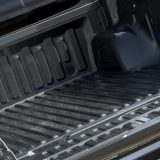 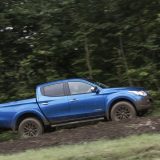 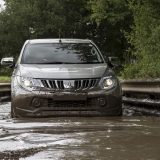 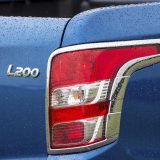 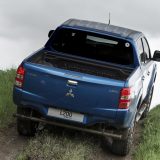 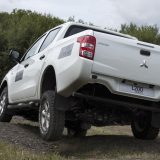 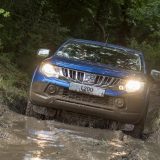