Peugeot Expert is still one of the best

For many the Peugeot Expert is beginning to show its age when compared with some of its newer rivals but that’s not to say that the van is not still doing a good job because it is.

In a bid to improve its offering against the newcomers, Peugeot have tweaked the engines and redesigned parts of the Expert – it has a new front end and new roof height and body lengths.

Most potential buyers should take a look at the Professional spec level of the Peugeot Expert because it offers the best value for money in the range but there’s also the option of a crew van and a version with three rows of seats.

The Expert is also popular as a chassis to be converted and is also the model upon which Peugeot has based its Expert Tepee people carrier which has proved to be popular for people needing space.

Perhaps one of the best reasons for buying a Peugeot Expert is that it’s a proven product with an excellent range of strong engines and decent performance.

And while it’s made in the same factory as the Citreon Dispatch there are a number of differences between the two models and the Peugeot version probably edges the Dispatch in versatility.

It’s also a very basic van but there are various trim levels which help to make it a more comfortable vehicle to own and drive.

The Expert is also a van that is renowned for its reliability and the vehicle itself will take lots of punishment. The interior is designed to do a job and is made from sturdy materials.

Peugeot have tried to improve its offering in the face of improved competition and there is still a lot going for this van – particularly the firm’s excellent ATV grip system which is a great performer on a variety of surfaces. The system effectively offers electronic slip differential without the need of owning a van with permanent four-wheel-drive which means that it’s cheaper to run.

Even in the face of stiff competition, there’s no doubt that the Peugeot Expert is going to be with us for a few years more without any more major revamps which is testament to its popularity and ruggedness.

If you like the Peugeot Expert, then have a look at the Citroen Dispatch, the Fiat Scudo or the Ford Transit Custom.

Even with a full load, the Peugeot Expert has a reasonable running costs. There’s a choice of two engines, a 1.6 litre HDI diesel and a 2.0 litre diesel variant.

Another big selling point for the Expert is that it has longer service intervals than many of its rivals of 20,000 miles or every two years.

Another reason that the Peugeot Expert has been popular for so long is that it has an excellent load space of between 5 cubic metres and 7 cubic metres, depending on body length and roof height selected.

This means that the payload capability for the Expert ranges from 1,000kg to 1,200kg.

In addition, the allowed pulling weight of braked trailers is between 1,453kg and 2,000kg.

Loading and unloading the Expert is easy thanks to the standard twin sliding doors and access from the rear is easy too.

To help keep a load secure, there are eight tie-down hooks in the load space area.

One of the options, on select models, that helps to set the Peugeot Expert apart from its rivals is the availability of the firm’s excellent ATV grip system. This is an electronic differential traction system which can be used when needed for instance when on slippery or mud covered surfaces.

In the Expert a fixed height steel bulkhead separates the driver from the load space though some models come with a ladder frame behind the driver’s seat (though it’s available as an option).

However, the biggest surprise for the range is that electronic stability control is not fitted in every model but is an option for some – though not every model can have it specified among its safety equipment.

Under the bonnet of the Peugeot Expert is an excellent range of engines starting with the firm’s excellent 1.6 litre HDI diesel which has a power output of 90bhp.

There’s also a 2.0 litre HDI with power outputs of 128bhp and 163bhp; both are very good performers.

It should be noted that the 1.6 litre diesel engine comes with a five-speed manual gearbox and the 2.0litre model has a six speed manual transmission. There’s also an automatic gearbox available and the firm also offers its ATV grip control system – a huge bonus to have and slippery roads or building sites.

Indeed, using it is a cinch since there are five settings to help deal with a variety of road surfaces and it means that permanent four-wheel-drive is not always on hand which means the van is also cheaper to run.

As with the Citroen Dispatch, the Expert also has the option of rear air suspension which helps to make the van easier to drive when fully loaded but also enables the lowering of the van itself for easy loading.

The bottom line is that anyone needing a van for urban deliveries or runs will find that the 1.6 litre HDI unit is more than capable and those who need to do longer distances will find the 2.0litre engine an excellent choice.

There’s no hiding from the fact that the Peugeot Expert is a rather basic van when compared to its newer rivals but it does have electric mirrors and windows.

However, the Professional spec is worth the premium as it includes a full steel bulkhead, air con, Bluetooth connectivity and there’s an option for a satnav too.

Get a Quote on a Peugeot Expert 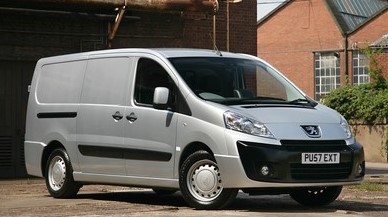 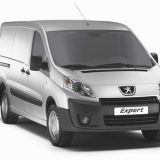 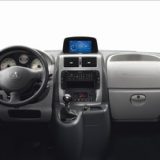