Peugeot Boxer punches above its weight

When it was first unveiled, the Peugeot Boxer was an excellent production from Peugeot but it’s actually very similar to its Citroen Relay and the Fiat Ducato siblings which are made in the same factory.

But now the competition in the world of large panel vans has vastly improved since its debut in 2006 and Peugeot have been forced to refresh its offering in a bid to compete.

The result is a van that is quite impressive and is a decent alternative to the likes of the Mercedes Sprinter or the Ford Transit.

The revamp included a fresh front end which helps to make it look distinct from the Citroen and Fiat vans. Effectively, Peugeot have made the front look like its car range and there’s a new set of headlights and grille.

However, the Peugeot Boxer was previously known for its poor quality of cabin but that has been comprehensively fixed with a well-designed and comfortable interior.

Sales will also be helped by the fact that the firm has added lots more basic equipment and improved its engines.

The Peugeot Boxer is a well-made and reliable van that’s up against some very stiff competition so the firm’s revamp was overdue and necessary.

The result is that that makes for a viable alternative and one that’s also cheap to run and enjoyable to drive over long distances.

The revamp was quite extensive and though the work didn’t lead to a new van as such it came very close with so many changes being made. The handling and suspension tweaks have really made a difference.

Perhaps the best reason for potential owners to have a closer look at the Boxer range is for the sheer variety of body styles. For instance, the panel van version has a payload capability of between 1,115kg and 1,900kg.

And alongside the panel van offering, Peugeot also makes the chassis available as a tipper, drop-side trucks and crew cabs.

If you like the Peugeot Boxer then have a look at the Mercedes Sprinter, the VW Crafter or the Fiat Ducato.

The Peugeot Boxer is a cheap van to run and there’s a good range of engines to choose from.

For instance, the main offering is a 2.2 litre HDi diesel engine with three power outputs; 110bhp, 130bhp and 150bhp. The 130bhp engine is available with stop-start to boost economy.

These engines should return around 42mpg and have CO2 emissions of 180g/km which make them among the most frugal engines currently available. That economy figure is for the standard van, opt for the longer wheelbase models and economy will drop to around 39 mpg.

Service intervals for the Peugeot Boxer are set at 30,000 miles, or two years, and the firm has fitted a timing chain which, it claims, will last for the lifetime of the van.

There’s also the option of a 3.0 litre diesel unit for owners heavy duty needs and this has a 180bhp power output. It’s a strong and responsive performer.

Because the Peugeot Boxer is so wide, there’s also an impressive range of load spaces available.

In the panel van version, the load space will range from 8 cubic metres to 17 cubic metres in the high roof, extra long wheelbase version.

There’s also a decent range of payload capacities on offer too which range from 1,115kg to 1,900kg.

For those who need the space, the Boxer has more than the largest Transit which may be a crucial point for many potential buyers.

The standard van has a load space which is 1,870mm wide to make it one of the best in its class. Space between the wheel arches is 1,422mm which means that a Europallet will fit comfortably inside.

The high roof versions are also higher than most of its rivals, including the VW Crafter and the side door is also wide enough to enable a Europallet to be loaded on board fairly easily. The rear doors will open to 180 degrees to enable easy access.

The Peugeot Boxer has a full height steel bulkhead and electronic stability control, as well as hill start assist, fitted as standard. There’s also ABS braking and emergency brake assist to help keep the van under control in an emergency.

In addition, the van also comes with larger brakes than previously which not only improve the Boxer’s stopping power but also help reduce the rate of wear.

There’s a driver’s airbag fitted as standard but the passenger and curtain airbags are options.

All of the engines in the Peugeot Boxer line-up are very responsive and strong performers, including the 110bhp variant. They are equally as good around town and out on the motorways at speed.

So while they may not have the same performance abilities as the new Ford Transit or the Vauxhall Vivaro, the Boxer manages to hold its own and is quite a surprising performer when compared with its newer rivals.

There’s also no doubt that the van is also a practical choice and it’s also user-friendly.

It should also be noted that the larger, 3.0 litre diesel unit is excellent for pulling heavy payloads and it has similar economy to its smaller engine siblings.

The driving position is comfortable and all the controls are within easy reach and there’s good visibility for the road ahead.

The ride itself is comfortable enough, the body handles rough roads and potholes very well and it’s stiff enough to not give much body roll in corners while still feeling agile.

Anyone in the market for a new panel van will have a tough job in finding the one most suitable for their needs and the big appeal for the Peugeot Boxer is that it comes with lots of equipment.

This is a definite edge because even the entry level Boxers have lots of kit on board and interior is more car-like than previously.

Get a Quote on a Peugot Boxer 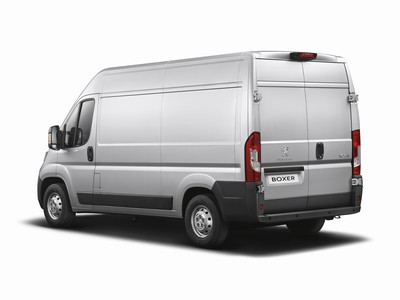 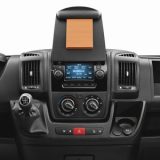 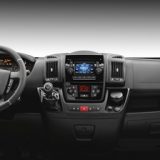 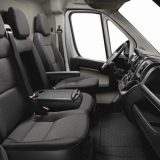 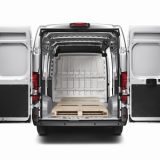 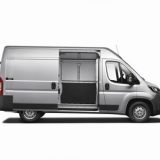