Renault Kangoo can do

The Renault Kangoo comes in just three spec levels and two body lengths. In addition to the standard cab, buyers can also opt for a crew van which comes with a row of seats that can be folded to help increase the vehicle’s load space.

Some models also come with a folding bulkhead and a passenger seat that folds flat to help extend the length of the cargo bay.

The diesel engine is an excellent performer and most users will enjoy its performance and abilities; there’s a petrol engine and an all-electric version available.

With its agility and kit list, the Kangoo is a great choice for those wanting a trades van such as plumbers or electricians because it’s a well built and cheap van to run. Few can compare.

Essentially, the Renault Kangoo is a great all-round product which is worthy of closer inspection for anyone who needs to do a lot of deliveries in an urban environment.

However, don’t be mistaken for thinking that the Kangoo is just a cheaper version of the Mercedes Citan because it is not. Even though they both share the same platform, the Citan has the edge for handling and equipment but it’s more expensive and has a completely different styling. Electronic stability control is also standard on the Mercedes but is an option for the Kangoo.

The Kangoo, however, is a workhorse that has a strong engine and lots of ability and while its load space is adequate some rivals offer more space and some a higher payload.

The Kangoo is still picking up awards for its strong performance so Renault are obviously doing something right and its shortfalls are outweighed by its many positives.

If you like the Renault Kangoo that have a look at the Peugeot Partner, Citroen Berlingo and the Ford Transit Connect.

There’s just the one engine in the shape of the 1.5 DCI diesel which has three power outputs: 75bhp and 90bhp which have a five-speed manual gearbox and there’s also a 110bhp Sport version which has a six speed transmission.

The Kangoo also comes with a 105 bhp petrol engine with an automatic gearbox.

Of the engines, the diesels are the most efficient and will return around 60 mpg while having CO2 emissions of between 123g/km and 130g/km.

To help boost economy, all Kangoos come with stop start technology and an ‘Eco’ button that will boost economy by 10% by reducing engine torque.

Service intervals for the Renault Kangoo are set it 25,000 miles or two years. That’s for the diesel engines, the petrol version has an 18,000 mile service need.

There’s also an all-electric version available, the Renault Kangoo Z.E. which is also a cheap runner.

In its standard format, the Renault Kangoo can easily take a single Europallet thanks to a load space of three cubic metres.

Opt for the Maxi version and buyers will be able to fit two Europallets into the load space which measures around four cubic metres.

The Maxi also has a multi position bulkhead which also increases load space.

The standard version of the Renault Kangoo can carry 650kg although there is an option to increase cargo to 800kg, which is also, incidentally, the standard payload for the Maxi.

Should it be needed, the braked trailer towing capacity is 1,050kg for the Maxi and the standard Kangoo.

There is no high roof option for the Kangoo so load space is rather limited when compared with some of its rivals.

It’s hard to believe that Renault have not added electronic stability control to its Kangoo line-up when many competitors do and it’s even more surprising that it is fitted as standard on the Mercedes Citan which is based on the same platform. The firm offers it as an option for most models but not all.

There’s plenty of storage space in the cabin and plenty of rake and adjustment for the steering wheel and seat to help make the driver’s position comfortable.

ABS is also fitted as standard as is a tubular bulkhead and a deadlock immobiliser.

Other models also include a rubber floor covering for the load space, front fog lights and a pollen filter.

Of the engines, the diesel with the 90bhp output is the most popular choice with buyers and it’s an excellent performer: it never feels underpowered even with a full payload.

Anyone covering a lot of miles over a long distance should really opt for the diesel with the highest power which has a six speed manual transmission which helps with motorway cruising.

All of the engines have plenty of torque at lower revs though again the 110bhp diesel has the most pulling power.

Handling is quite impressive – the steering is true and well-weighted and the suspension deals very well with the loads being carried.

Indeed, on long journeys the Kangoo is hard to beat with its car-like comforts and handling.

There are several value for money options, or packs, provided by the Renault for its Kangoo which include fitting out the load area with plywood as well as fitting rear parking sensors and window protection grilles.

As stated before, electronic stability control is an option for the Kangoo but it does come with the firm’s ‘Grip Xtend’ system which controls the front brakes on loose ground individually by helping to provide extra traction. It is not an all-wheel drive system but it will provide extra grip when needed.

Other options include underbody protection, raised suspension as well as heavy duty wheels and tyres.

Other models also get alloy wheels, front fog lights and extra trim though the Sport version comes with a rather impressive multimedia system which has a touchscreen with satnav and the ability to download apps from Renault for various needs.

Get a Quote on a Renault Kangoo Van 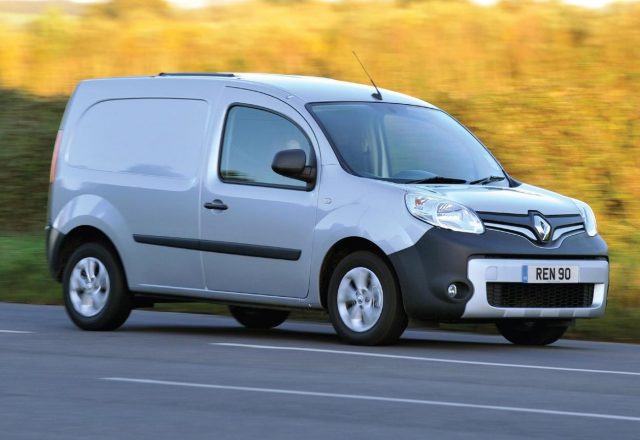 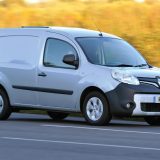 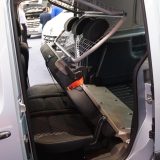 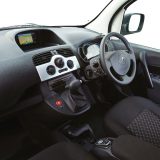 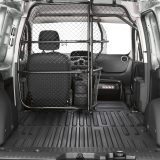