The Renault Master ZE is an electric van with a wide appeal and a GVW of 3.5 tonnes. That makes it an attractive option for many businesses and an update in 2020 saw the 33kWh battery delivering a range of 124 miles. That makes the Master ZE an ideal carrier for multidrop around town, though for long distance carriers, you will need to plan prudently recharging locations. It’s a spacious and impressive large van in an increasingly competitive segment.

The Renault Master ZE has been around for several years now and an update in 2020 improved the offering, particularly against the likes of the Fiat e-Ducato and the Peugeot e-Boxer. It has been designed for businesses wanting to tackle local emissions issues, for example, entering clean air zones and being exempt from London’s congestion charge (and London’s ultra-low emissions zone (ULEZ)). While the Master ZE offers a large cargo volume, it should meet most firm’s needs, particularly last-mile delivery outfits that may be racking up at least 80 miles per day. It’s a nice van to drive but perhaps not quite as refined as some rivals.

Renault offers the widest variety of conversions of large electric vans with its Master ZE. The range offers the choice of panel van, platform cab and chassis cab, with three lengths (L1, L2, L3), two heights (H1, H2) and a Gross Vehicle Weight (GVW) of 3.1 or 3.5 tonnes, allowing up to 1,700kg of payload (before conversion).

The complete Master ZE range offers a WLTP range of 124 miles and full recharge in six hours from a 7kW Wallbox or Public Charging Point, making it ideal for zero-emission-in-use last-mile deliveries.

There are various reasons to buy the Renault Master ZE, and without looking at the price tag, it does everything that the diesel-powered sibling achieves. The battery range of 124 miles will meet most firms needs who want a large volume van for multi-drops around town but be aware that the range will fall in cold weather and when using lots of electrical kit, such as the air con or heater. Indeed, it’s worth bearing in mind that the actual mileage in cold weather may be around 60 miles.

If you like the Renault Master ZE, then consider the Fiat e-Ducato or the Mercedes eSprinter.

As an electric van, the Renault Master ZE has low running costs. The question, however, is why Renault decided to use the running gear from its Kangoo ZE. This means that the electric motor and the 33kWh battery are from that van – and the same gear is used in the Renault Zoe electric car – but it’s an adequate performer around town. Using a wall box will see the battery being fully recharged in six hours so the running cost per mile will be just a few pence – usually around half of a diesel van’s costs. Obviously, signing up for a cheap electric supply deal will also help keep running costs for the Master ZE low.

The Renault Master ZE is offered in a range of formats including chassis cab, platform cab and panel van. There are three lengths: L1, L2 and L3, and two heights, H1 and H2.

The gross vehicle weight is 3.1 tonnes or 3.5 tonnes and there’s a payload of 1,700 kg. With a wide range of long, medium and short wheelbase variants, the load space available is up to 19 m³.

There are various accessories for the load space too including racking and plywood lining.

Since the running gear for the Renault Master ZE is proven, the technology and safety kit should be reliable.

The Master has been produced since 2010 so the van itself is a popular and trusted vehicle, while the motor and battery from the Kangoo ZE is also a proven feature.

And with few moving parts, the Master ZE should be reliable with low maintenance costs.

Safety features include a full steel bulkhead in the panel van, anti-lock brakes with brake force distribution and there’s just one airbag. A passenger airbag is an option.

It’s worth noting that for those firms using the Renault Master ZE around town that there is a sound generator that will alert other road users at speeds of up to 20 mph that the van is nearby.

Other features include a new dashboard with a speedometer and battery charge indicator and in the Business trim, the equipment list is fairly sparse. There’s a single side loading door, overhead storage and anchorage points in the load area.

It’s also possible to preheat the cabin before setting off using Renault’s app.

The infotainment system is fairly basic with Bluetooth connectivity, DAB radio and a USB port.

When being driven around town, the Renault Master ZE delivers enough power to be an adequate and comfortable performer and even when fully loaded, there’s enough torque to make deliveries easy.

To help deliver the range, Renault has fitted an Eco button on the dashboard that will reduce the top speed to 50 mph – that’s down from the 68 MPH limit – and the throttle response is muted. This means the van’s performance is nothing like it normally is when driving but it does handle just like the diesel sibling – though the electric version is more refined and quieter.

And being an electric van, the Master ZE has an automatic gearbox fitted as standard which also helps with the driving experience to make it a comfortable van when being driven around town.

Usually, electric vans manage to deliver all of the available torque from a standing start and the Master ZE is a reasonable performer when fully loaded, though it’s not quite as sprightly as some rivals. 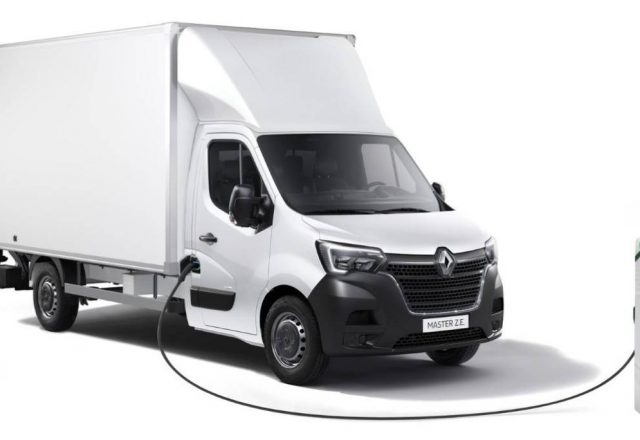 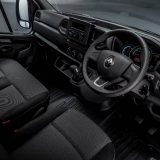 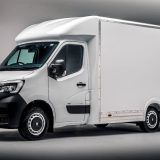 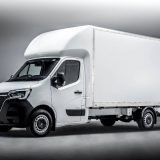 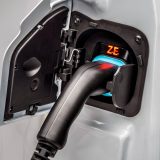 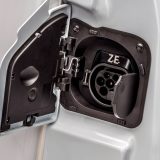 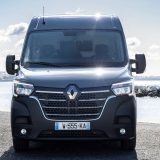