While it boasts of class leading comfort and spaciousness, the Renault Trafic SpaceClass is an impressive creation. However, one of the best attractions is a modular seat design with the seats placed on rails in rows of two and three and which can be, Renault says, easily moved into 50 different configurations. That’s a unique feature for a people carrier in this segment. There’s also high levels of comfort, regulated air conditioning and dark tinted rear windows. This a lot to like about the SpaceClass and it’s a viable alternative to the market leaders, particularly the Mercedes V class.

The market for luxurious people carriers is a competitive one and the Renault Trafic SpaceClass offers an upmarket version for those wanting to shuttle clients or VIP customers around. Some versions have exclusive leather upholstery and there’s also the opportunity of turning the SpaceClass into a mobile office complete with a removable central table and pivoting seats. There’s also plenty of storage space available. The SpaceClass is primarily aimed at chauffeurs and taxi drivers but also to those firms operating a city shuttle service including hoteliers but it’s also got potential for firms as well.

If you like the Renault Trafic SpaceClass then have a look at the Toyota Proace Verso and the Volkswagen Caravelle.

The Renault Trafic SpaceClass will have the diesel engine line-up found in the Trafic panel van which means potential buyers have the choice for 1.6 litre, four cylinder turbodiesel unit and the 1.6 litre twin turbocharged unit. The power outputs will range from 90 PS and 140 PS and operators of the SpaceClass should expect economy of around 45 mpg.

The Renault Trafic SpaceClass is available in two lengths with the L1 offering boot space ranging between 550 litres and 1,000 litres. The L2 model offers a boot size of between 890 litres and 1,800 litres. With all the seats removed, the maximum space available is a massive 6,000 litres which makes this a practical and flexible choice for business purposes.

The interior for the Renault Trafic SpaceClass is spacious and well designed and with room for up to nine people, the levels of comfort are hard to beat. The seats have 50 different configurations which will be of huge benefit to many operators. The area can also be turned into a mobile office and the removable central table boosts the feeling of space; there are also plenty of storage space depending on the version chosen. It also helps that some models come with 220 V power supply and USB sockets to charge electronic devices and laptops.

The Renault Trafic SpaceClass comes complete with the latest tech to help it compete in a professional marketplace. Among the vehicle’s features are a tyre pressure monitoring system, electrically heated and adjustable door mirrors. Safety kit includes anti-lock braking, electronic stability control and remote control central deadlocking. There’s also a reversing camera – which is necessary for the vehicle’s size and the fact there are passengers – and lots of air bags.

Even though it’s based the Trafic van’s chassis, the Renault Trafic SpaceClass delivers a comfortable and stable drive; it’s particularly good to drive around town and at speed on the motorway. The cornering has also been dealt with as there is little in the way of body roll, even at speed.

However, one of the many reasons that the SpaceClass stands out in a competitive segment is that a lot of thought has been given in the cabin to the person driving. That’s why there’s a leather covered steering wheel and some nice design ideas. The dashboard is home to a 7-inch touchscreen which features Renault’s satnav system. This also extensive connectivity including Android Auto.

Some models come with 17 inch diamond effect wheels which are not only nice to look at but help deliver a comfortable ride and along with the front lighting signature, painted bumpers and chrome grille, the SpaceClass has various logos and a paint scheme to make it stand out. There’s no doubt that there is a demand from independent chauffeurs and taxi drivers and this vehicle is a great choice as a shuttle and even for private customers such as families who are looking for the spacious cabin and useful seat configurations.

Get a Quote on a Renault Trafic SpaceClass (2017) 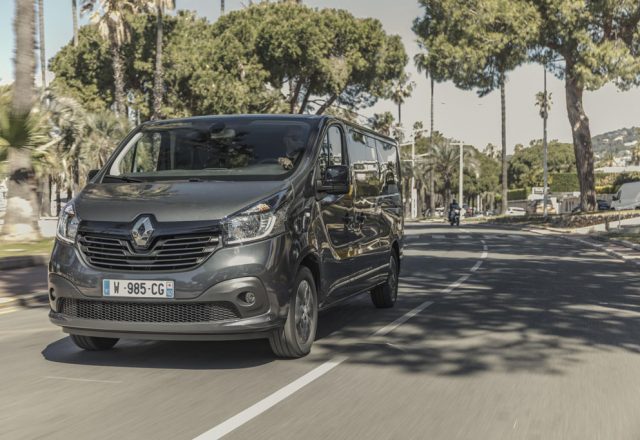 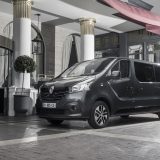 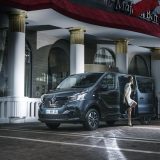 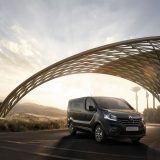 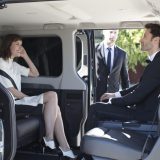 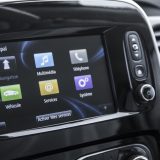 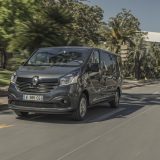 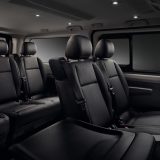 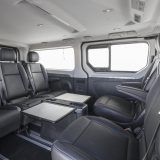 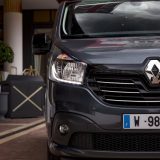