It’s a difficult task to pull off for Renault since its impressive all-new Trafic is essentially the same as the all-new Vauxhall Vivaro.

There are various differences between them and they are just enough to help make the Renault Trafic stand out from what is an increasingly competitive market place.

Renault says that its Trafic is a ‘Van for Life’ and is designed to work as an office on wheels with lots of bespoke equipment such as tablet computer and mobile phone cradles, laptop space and a removable A4 clipboard.

In addition to the standard van, the Trafic also comes in the form of a crew van and platform versions.

Indeed, there are an incredible range of 270 combinations to help make the van a solution to wide range of needs so it’s a van worth considering and with its excellent load space and frugal engines, it should be a winning combination.

The new Renault Trafic is a stylish creation, it underpins the firm’s new styling identity, and the interior has been radically improved.

Owners will find it has car-like features for comfort and handling and there are also 14 storage spaces in the cabin.

The new version is more distinct from its previous incarnation with a windscreen that is steeply raked and there’s an obvious break between the lines of the bonnet and the van itself, a feature in cars.

Renault have improved the user friendliness of the Trafic and also included things like wraparound bumpers, side protective mouldings while improving its payload capacity.

However, it’s for the Trafic running costs that should make people sit up and for its class-leading load space.

The Trafic is a well-designed and functional vehicle that manages to impress in a crowded market place with a combination of excellent factors to help it stand out. When Renault says its new van is ‘user friendly’ they really do mean it.

If you like the Renault Trafic then have a look at the Vauxhall Vivaro, the Ford Transit Custom or the VW Transporter.

The new range of Renault Trafic vans have slightly improved fuel economy, of around six mpg, with the claimed economy on the combined fuel cycle of 50 mpg being a realistic achievement for owners.

Renault says that this improvement in fuel economy will save the average user £1,200 over three years.

And with service intervals of 25,000 miles, the Trafic should be cheap to run.

Essentially, the high build quality means that the Trafic will never let owners down; this is a van designed to take lots of punishment.

With Ford now setting the pace in the market with its Transit Custom, Renault has improved the load carrying abilities for its Trafic and it now boasts the longest load carrying ability in the segment. The L2 version now has a load space that is 4.15 metres long.

The rear doors open wide for easy access and owners who have already got a Renault Trafic will find that their internal load space fittings will transfer easily to the new model.

Renault also point out that its van is the only one capable in its class of carrying items of up to 3.75 metres, in the standard version, or 4.15metres in the L2 option with the rear doors closed thanks to two cat flaps at the bottom of the bulkhead and beneath the passenger seat.

Owners can also opt for an overhead rack within the load space to carry items that are 2 metres long or weigh 13kg.

There’s also an impressive array of 20 anchorage rings in the L2 version and 18 in the L1, with eight of those being on the floor.

Options for the load space include plastic flooring, wood shelving and plylining as well as LED lighting.

There’s plenty of technology on board the Trafic – it really does borrow heavily from an MPV in terms of comfort and safety so there’s a lot of basic kit including electronic stability control.

Other kit also now includes a reversing camera, a wide view mirror, hill start assist and the firm’s ‘Grip Xtend’ which provides better grip on soft ground, mud or snow with the push of a button.

Economy for the Trafic can also be further improved by up to 10% by the using one of the Trafic’s eco driving aids such as the ECO button which will reduce torque, gearshift indicators and driving style indicators.

Renault also have two other engines with twin turbo technology which offer more power and improved economy of around 47mpg.

These include the Energy dCi 120 which has stop-start technology and torque of 320Nm. The engine is responsive and frugal should return around 50mpg with CO2 emissions of 149g/km.

The other twin turbo engine is the Energy dCi 140 which as 340Nm of torque and provides lots of power and excellent acceleration at low speeds and will return around 46mpg. Those needing to haul heavy loads, pull trailers or go on long journeys will find this engine is an excellent performer with its impressive abilities.

Renault is keen that its new Trafic will corner the market for business users which is why there are so many useful storage spaces on board, they measure 90litres in total, and the dashboard looks like it has been lifted from a popular passenger car.

There’s also a very useful multimedia system on board, and top end versions of the range have a chrome effect around the dashboard, on the gearlever and loudspeaker surrounds. It all makes for a very nice looking cabin.

The seats are very comfortable and the driving position is similar to that found in an MPV while comfort levels have also been greatly improved. The driver’s seat can be easily adjusted for improved comfort.

Entry level models have a radio with Bluetooth connectivity, a fascia mounted USB port and a second port for a mobile phone. Other models come with the firm’s multimedia system which has satnav and an ability to manage mapping, audio track reading and the users can also display photographs on the touchscreen itself.

Get a Quote on a Renault Trafic 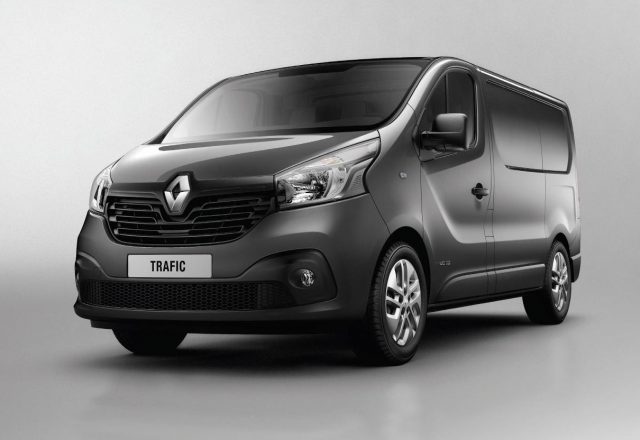 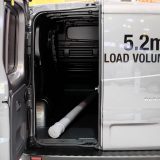