Toyota Proace is a winner

While Toyota has a great reputation for making reliable and long-lasting cars, it hasn’t quite dominated the LCV sector in quite the same way. However, the Toyota Proace is something of a game changer for the firm with an impressive offering from Toyota’s commercial line-up. It’s also worth bearing in mind that the van comes with Toyota’s excellent five-year warranty and it actually delivers ‘car-like’ handling – unlike many of its rivals which make a similar claim. Indeed, there’s a lot to like from the Proace.

It has been designed to take on the giants of the UK’s mid-size panel van market such as the Vauxhall Vivaro, Ford Transit Custom as well as VW’s Transporter but it’s slightly more than that since it technically straddles the compact van segment as well. Let’s not forget also it’s mechanically similar to the Peugeot Expert and Citroen Dispatch though with a much better warranty offering.

As such, the Proace is the second incarnation of the van that is available with three body lengths and two wheelbases. The option of a touchscreen is highly recommended for the easy access to information and services – and it makes the cabin look better. Even though it is similar to the Peugeot and Citroen versions, the interior does have a better look and feel with the materials used giving the impression of the van being designed for heavy use. The overall impression is of a refined and well-built van that offers good handling and low running costs; there’s a lot to recommend it and the warranty gives it the edge over its mechanically similar siblings.

If you like the Toyota Proace then have a look at the Ford Transit Custom, Fiat Doblo or the VW Transporter.

The Toyota Proace has a range of cheap to run and responsive engines that are 1.6 litre and 2.0 litre diesel engines. The 1.6 litre unit has an option of 94 bhp or 114 bhp outputs with the 2.0 litre engine having an output of 121 bhp. The 94 bhp engine returns 51 mpg with emissions of 144g/km and lacks the fuel efficiency technology that comes with the 114 bhp engine which returns 55 mpg and has emissions of 137g/km as a result. Even the 2.0 litre diesel unit will return 54 mpg and the line-up’s average economy is around 50 mpg so it’s one of the most fuel-efficient vans in its segment. The van also uses Adblue which will help reduce NOx emissions and the 22.5 litre tank needs to be refilled every 9,300 miles. There’s more peace of mind down to Toyota’s five-year warranty (or 100,000 miles) for its Proace.

Opt for the Proace’s Compact model, and the van is 4,606 mm in length with a load space that measures 5.3 cubic metres. The Medium model measures 3,205 mm with the Long version having a rear overhang that makes it 5,003 mm in length to give it a load volume of 6.1 cubic metres. Payloads for the range are from 1,000 kg to 1,400 kg. The load space has side-hinged double doors at the rear and there are sliding doors on both sides. Apart from the Compact version, the side doors are also big enough to enable the loading of Euro pallet; the Long models will carry three Euro pallets. The load length can also be extended with a useful cargo hole under the rear seats to extend the van’s load length by 1.16 metres. The van’s ‘smart cargo system’ also sees the seat itself being folded to become a lap top desk.

While the entry level model is fairly sparse for equipment, a big selling point for the Comfort trim is that the Toyota Proace comes with a security and safety pack fitted as standard. Among the gadgets is a forward collision warning system and a pre-collision system that will help to prime the van’s safety systems before an imminent impact takes place. The Comfort model also comes with rain sensing wipers, cruise control, an alarm and a touchscreen.

There’s no doubt the Toyota Proace is a nice van to drive and offers a more car-like experience than many of its rivals claim to have. The cabin is also a nice place to spend time in, particularly on long journeys since the materials used have a better feel than its rivals and everything is within easy reach for the driver. The van is a particularly good performer around town with lots of abilities and agile performance; while the steering is responsive it can sometimes feel remote from giving feedback. However, for performance and handling it is still much better than the model it replaces. Drivers should also appreciate it’s an easy van to park too.

The Toyota Proace is available as a van or crew cab which has a second row of seats or there’s the big minibus version as well as a platform cab that can be modified by specialists.

Potential owners can choose between two levels of trim, Base and Comfort, with the entry-level model coming with a cruise control, central locking, electric mirrors and windows and a DAB radio. The Proace’s Comfort trim comes with air conditioning, front fog lights and better sound insulation to make the driving experience a quiet one. There’s also a decent list of options including a very good touchscreen satnav and larger alloy wheels. All models are fitted with a full-size steel bulkhead as standard.

Get a Quote on a Toyota Proace 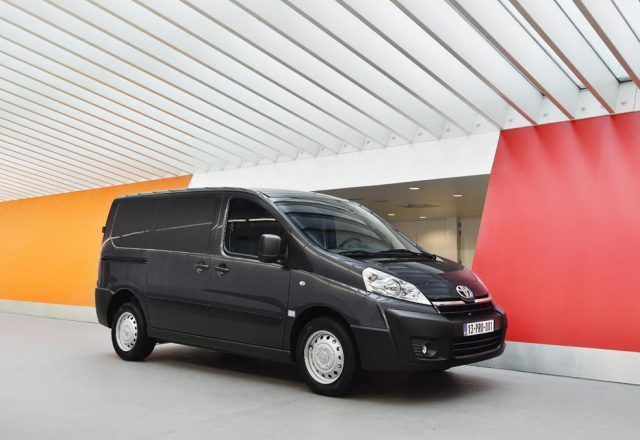 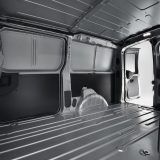 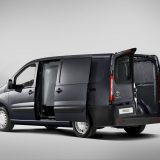 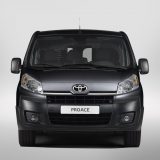 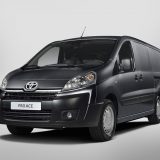 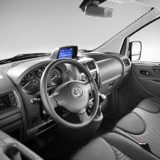 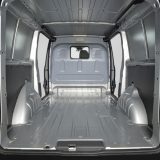 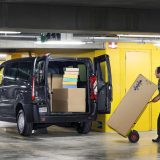 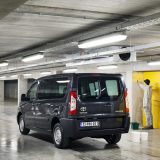