Vauxhall Combo has the combination

The Vauxhall Combo is available in two heights and two wheelbases as well as two gross vehicle weights of 2,000kg and 2,300kg.

There are also two trim levels and four engines to choose from.

The Vauxhall Combo is based on the Fiat Doblo Cargo but it boasts a better payload of up to 1,000kg – albeit with the driver included.

However, there will be some small van operators who will be impressed with the load volume of 4.2 cubic metres for the L2H1 version and a rear axle capacity of 1,450kg.

The newest addition to the Combo range is the L1H2 model which means it has the largest payload of its class – an impressive 5 cubic metres. The van also has a maximum load of over five feet, which some operators are finding increasingly important.

There’s a lot going for the Vauxhall Combo – it’s a great van to drive, the driver has great visibility and the steeply raked windscreen helps the van stand out.

The rear vision is also very good with the big door mirrors.

Vauxhall says its Combo van is designed to be rugged and practical which is what the vehicle manages to be.

It does look different to most other small panel vans and with its low running costs and decent levels of handling in towns and cities, it will make for an excellent choice for many delivery firms.

If you like the Vauxhall Combo then have a look at the VW Caddy or the Ford Transit Courier.

Of the engines, the 1.3 litre diesel unit manages to impress with economy of around 57mpg and CO2 emissions of 133g/km. Opt for Vauxhall’s ecoFLEX variant and that should increase to 59mpg.

Some may find the 1.3litre engine has to work hard when the Combo is fully loaded which makes the 1.6litre unit a reasonable choice too – especially since its economy is 54mpg.

Vauxhall have added a petrol unit to the engine line-up: a 1.4litre variant which will return 40mpg.

The Combo has a three year or 60,000 mile warranty – though it’s a one year/unlimited mileage warranty too. The anti-perforation warranty is for six years.

There’s no doubt that there are lots of loading possibilities with the Vauxhall Combo. There are two lengths for the van – 4.39metres and 4.74metres – and two heights of 1.85metres and 2.1metres.

However, the Combo is easy to load thanks to its low height for loading of 54.5cm. There’s also the option of a sliding side door to help with access.

Opt for the five seat crew van and there’s still a decent amount of load space available, around 800kg. Owners can opt for a ladder-style bulkhead at no extra cost.

The firm has also thought of those who need to put longer items into the load area but are restricted by the steel bulkhead – owners can opt for an opening flap into the rear of the roof to transport long loads securely. The Combo also has a roof-mounted ladder carrier option for the cargo area.

As you would expect with the Vauxhall Combo, there’s a lot on board to help protect the occupants.

The Combo has ABS with electronic brake distribution and a driver’s airbag though, surprisingly, electronic stability control with hill holder is only available as an option.

Other options include passenger side impact airbags and winter tyres and other models come with soundproofed bulkhead and PVC load floor covering.

The Combo also has the option of having a plywood floor panel fitted – or having plywood side panels to help protect the van.

The entry level model has a five speed manual gearbox while the more powerful engines get a six speed transmission.

All of the engines have the option of Vauxhall’s stop/start technology to help boost economy.

The Combo has excellent handling, helped by an independent rear suspension system. This offers a stable ride and improves road holding too.

The 1.3CDTi, the most popular engine choice, has 200Nm of torque which means it can deal with a wide variety of loads effectively.

Some may also like the option of the firm’s Tecshift transmission which is like a manual five speed gearbox but with the ease of use that an automatic gearbox provides.

Essentially, the Combo has been designed to be a strong performer in towns where it may need to do a lot of delivering.

There’s no doubt that Vauxhall has aimed its Combo at providing a comfortable experience for the van’s occupants.

Everything is well designed and within reach; the materials used are rugged and the cabin feels spacious.

The seats are comfortable and easily adjustable and there’s plenty of storage space in the cabin, including deep pockets in the doors. There’s also a lockable glove box that will hold a laptop.

Vauxhall also offers some interesting option packs for the Combo which include things like rear parking sensors, cruise control and auto climate control.

Get a Quote on a Vauxhall Combo 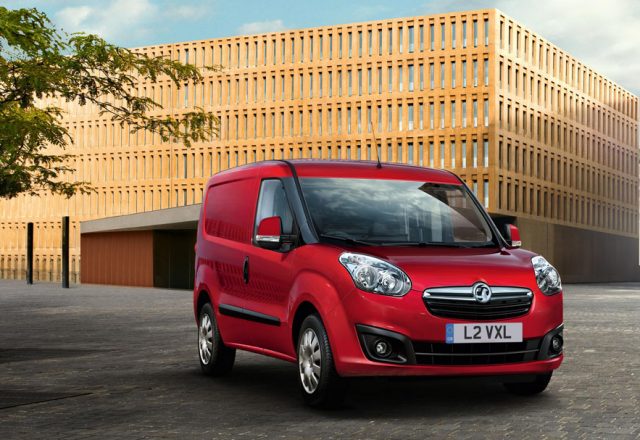 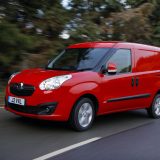 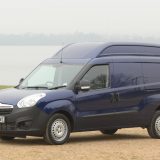 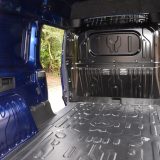