The Vauxhall Movano-e completes the electric line-up for the British vehicle maker. It now sits alongside the excellent Vivaro-e, and the Combo-e to give firms and private users a great, battery-powered van to consider. While the headline figure of 139 miles of range is for the larger battery, careful thought needs to be given before opting for the smaller battery delivering 72 miles of range.

The handling for the Vauxhall Movano-e is excellent since the battery pack is mounted under the floor so it remains a practical and agile van. There are three widths and heights to choose from and a potential payload of up to 2,100 kg. The van is available with seating for either three or seven people with the standard panel van featuring a single front row of three seats, while the crew cab models get a second row with four seats.

Designed to comfortably meet the wide-ranging demands of business and fleet users, the versatile all-new third generation Vauxhall Movano-e is available as a panel van, crew cab and chassis cab.

With the Movano-e, customers also benefit from zero emissions-in-use running, low running costs as well as a range of up to 139 miles (WLTP).

The new Movano-e lines-up alongside the Vivaro-e and the Combo-e, meaning Vauxhall offers a fully electric version across its entire LCV range and remains on course to deliver an electrified version of all its cars and vans by 2024.

Paul Wilcox, Vauxhall’s managing director, said: “I’m delighted to announce the addition of the all-new Movano-e to Vauxhall’s award-winning LCV range. Large van customers are some of the most demanding in the business, but with its class-leading loading space, low running costs and wide range of body options, the Movano-e is more than up to the challenge of even the most demanding businesses and fleets.”

He added: “Crucially, with the introduction of the Movano-e, Vauxhall is now one of very few brands offering an electric variant across its entire LCV range, giving buyers the choice to go fully electric to suit the needs of their business and benefit from the environmental, ownership cost and user experience benefits they offer. As a brand, Vauxhall is committed to offer an electrified variant across its entire car and van range by 2024.”

All electric vans have a hefty price tag, but there’s a lot to like about the all-new Vauxhall Movano-e. It offers agility and nice handling with car-like abilities which is becoming an increasingly important feature in the segment. The cabin is a very quiet place to spend time and access in and out of the Movano-e is easy. However, since the Movano-e shares the same platform as the Citroen e-Relay and the Peugeot e-Boxer, firms and private users need to think carefully about whether they will buy on price or equipment or whether the dealer network will better meet their needs.

If you like the Vauxhall Movano-e, then consider the Peugeot e-Boxer, or the Fiat e-Ducato.

Electric-powered vans are cheaper to run than diesel powered versions, but the price tag is much higher. That’s the issue with the Vauxhall Movano-e with its running costs that are much lower per mile.

Owners will pay a few pence per mile and with fewer moving parts, the maintenance costs will also be cheaper.

Vauxhall has also fitted a regenerative braking system that will help top up the battery whenever the van is being braked to extend the vehicle’s range.

In addition, drivers will enjoy zero emissions so will not be liable for the congestion charge wherever it is levied, plus they will be able to access ultra-low emission zones – for example, in central London.

The Vauxhall Movano-e is available in three widths and three heights, and the load volumes vary between eight and 17 m³.

The space between the wheel arches is 1.422 metres, and between the side panels, it is 1.87 metres.

The Vauxhall Movano-e is available as a chassis cab, platform cab and chassis crew cab to meet a wide range of needs, and it’s also a versatile platform for conversions including dropside loaders and tippers.

The Movano-e is also capable of carrying a payload of up to 2,100 kg – the same as the diesel version – to make this a battery-powered van worth considering.

The Vauxhall Movano-e is packed with equipment, including lane departure warning and forward collision assist.

There’s also a trailer merge assist system that takes into account the extra length that is created by adding a trailer. The system will warn the driver of any issues in the vehicle’s blind spot.

Drivers also get the firm’s e-Call system that will contact the emergency services should it detect an accident. There’s also b-Call technology so drivers can contact a trained adviser by touching a button should they be involved in a breakdown.

The MyVauxhall app also allows drivers to access crucial information such as finding a charging station, while Vauxhall Connect offers drivers other information, including the battery’s current charge status.

The Vauxhall Movano-e features a 90kW electric motor producing 121 bhp with torque of 260Nm. The motor is mounted on the van’s front axle and there’s a choice of either a 37kWh battery producing a range of 72 miles, or a larger 70kWh battery offering 139 miles.

The batteries are stored underneath the van’s floor which helps with cornering and stability when it’s fully loaded because the centre of gravity is lower.

This is a nimble van to drive, even when fully loaded, and it’s still a practical choice with the same load volumes as the diesel-powered sibling.

The Vauxhall Movano-e is an ideal choice for urban environments, including last-mile deliveries as well as for longer motorway journeys. 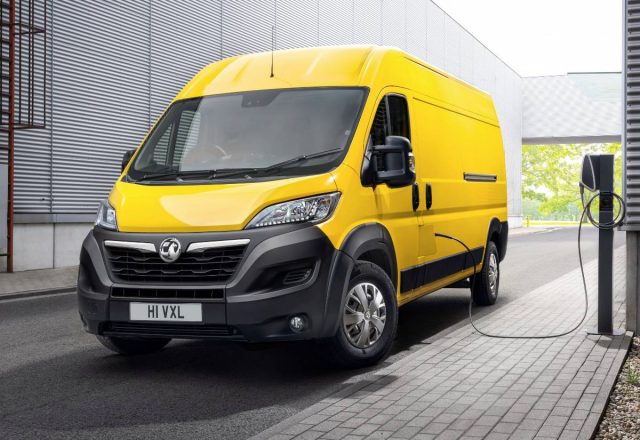 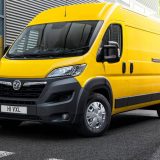 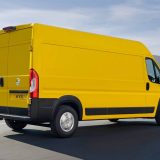 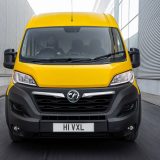 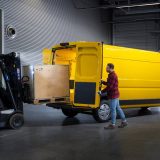 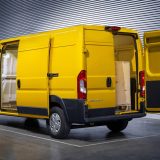 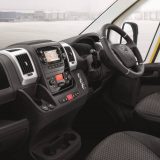