It may be one of the oldest vans in its class, but the Vauxhall Vivaro is still one of the best.

Launched in 2001 and built in Britain, the Vivaro is a major player in the segment and makes up around 10% of all sales.

Underpinning its success was a successful design that saw Vauxhall create a light commercial van that was not only practical and comfortable but also had the design influence and styling of a passenger car.

A new model sees improved cargo and load space and the introduction of the firm’s BiTurbo diesels to ensure low fuel consumption and low running costs.

The new styling sees the Vauxhall Vivaro get a more prominent grille and distinctive headlamps.

With van manufacturers increasingly highlighting their product’s car-like driving for comfort and abilities there’s no doubt that the Vauxhall Vivaro makes for an excellent choice.

Hot on the heels of the new Ford Transit, the Vauxhall Vivaro has upped its game to provide an excellent van that impresses with its style and functionality, but also in its handling abilities. The van has a car-like interior, it’s much like sitting in an Astra, and there’s a lot to be said for running one.

From the excellent exterior design, to the clever design ideas for the interior, the Vivaro has been a bestseller for more than a decade and there’s no reason to see why this will not continue.

There are several reasons for buying one but possibly the best reason of all is the fact that it has sold in such huge numbers since 2001. It’s reliable and cheap to run which means that owners are obviously just buying this rather than any of its competitors whenever the Vivaro reaches the end of its life.

The original Vauxhall Vivaro was a stylish and sleek production and the designers have gone out of their way to ensure that the new model maintains these key approach to dominating the market with the stylish compact panel van.

If you like the Vauxhall Vivaro then the Ford Transit is the obvious candidate to consider along with the Renault Master.

Vauxhall says the new engines will set the benchmark for the sector and with economy of around 47mpg on the combined cycle they are right. Add in lengthy mileages between services, reliability and cheap servicing and the Vauxhall Vivaro is an impressive all-round package.

With so many variants, there are many load spaces to choose from but the most popular models will carry three Euro pallets comfortably. The actual load space ranges from between 5.2 cubic metres to 8.6 cubic metres.

Opt for the crew cab version and load volumes range from between 3.2 cubic metres and 4 cubic metres.

There’s also a good range of load hooks on the floor and at shoulder and waist level too.

There’s a full steel bulkhead fitted with a slot for longer items to be carried in the van. It’s possible to carry items of up 3.75metres in length.

But it’s for the plush cab that the Vauxhall Vivaro really stands out. There’s a good rake on the adjustable seat and the telescopic steering column to find the ideal driving position.

The driver’s seat itself is supportive and the driving position is excellent with a great visibility.

Vauxhall have introduced to all new turbodiesel engine with the 1.6 litre CDTi and the 1.6 BiTurbo CDTi which have sequential turbocharging and a twin-cooler system.

It’s these two turbo chargers working together which helps to provide excellent performance and frugal economy. On the combined fuel cycle, economy is 47 mpg which is better than previously and helps to make this a top value van to choose. It has CO2 emissions of 155g/km and produces torque of 320Nm.

The entry-level model comes with two power outputs: 89bhp or 113 bhp. It has economy of 44 mpg and CO2 emissions of 170g/km. There’s also plenty of torque, particularly at lower revs, and the engine will produce 260Nm. The higher power output variant will produce 300Nm of torque.

The BiTurbo variant has either 119bhp or 138 bhp. Those needing extra power will opt for this version of the engine.

There are two body design trim levels; the Vivaro is probably the most practical with front bumper, side mirror housings and grille finished in texture to black plastic. There’s also the Sportive which sees the bumpers and side mirrors painted to match the body colour while the grille has chrome fitted.

Indeed, there are 11 colours to choose from with five solid and six two-coat metallic finishes.

Buyers can also choose from two roof heights and two lengths (4,998 and 5,398mm) which suit either its use as a Combi, panel or double cab van. The latest incarnation of the Vauxhall Vivaro is a useful 216mm longer than its predecessor which means there’s more room for occupants and cargo on board.

In addition Vauxhall, plans to have a specialist conversion centre at its Luton plant to offer a range of Vivaro conversions across a number of styles to factory quality standards.

As you would expect on a new offering from Vauxhall, there’s plenty of kit on board including Bluetooth connectivity and a DAB radio.

Get a Quote on a Vauxhall Vivaro 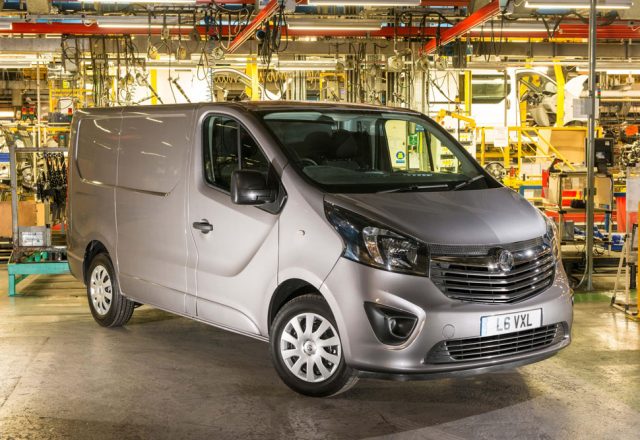 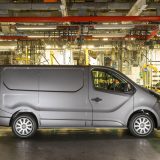 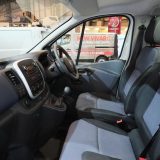 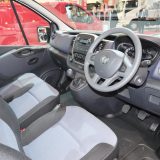 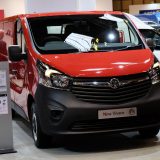 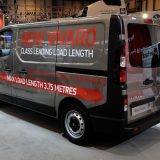 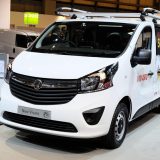 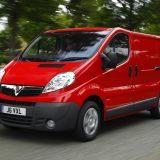