VW Transporter is among the best for transporting

The VW Transporter appeals to a wider range of potential buyers with a good selection of body styles and car-like handling which help to make it a popular choice.

The van is also suitable for many conversions and it comes with a list of options to help personalise the Transporter more than other rivals will allow.

Among the line-up for the Transporter are the Kombi which comes with a row of foldable seats, the Shuttle which carries nine people and there’s even a Camper version available too. Buyers can also opt to buy a drop-side version of the Transporter.

There’s just one engine to choose from, though it has five power outputs, and it is a refined and responsive engine that delivers great acceleration and comfortable cruising speeds.

Along with the excellent six-speed manual gearbox there’s also a seven speed DSG twin-clutch automatic gearbox available to. Both are very good.

This is the fifth generation of the Transporter, known in the trade as the T5, which underlines its popularity and enduring appeal with owners getting a choice of two body lengths and three roof heights.

The VW Transporter makes for a practical van that is nice to drive and holds onto its price better than many rivals.

And while it’s also relatively cheap to run, the BlueMotion models are particularly good value.

However, it’s for the strong engines that really help to sell the van along with its solid build and renowned reliability. There’s also a decent level of equipment on-board too.

Volkswagen knows it has a very good van which is why it has lots of standard equipment and an impressive options list.

The van is also cheap to run but it has excellent performance and a great reliability record – these are crucial factors for many firms souring vans that will be workhorses.

And if the accountants had anything to do with the selection process, they would opt for this one since demand for used Transporters is so strong that the van’s residuals are among the best in the market.

If you like the VW Transporter, then have a look at the Mercedes Vito, the Ford Transit Custom or the Citroen Dispatch.

The BlueMotion offering in the VW Transporter was updated in early 2014 to offer a class-leading fuel efficiency that few can match.

Vans with BlueMotion should return around 49mpg while having CO2 emissions of 153g/km – this means that the VW Transporter should be able to travel more than 850 miles on just one tank of fuel. In theory.

The improvement represents a 4mpg better economy and a reduction of 13g/km in emissions.

Service intervals for the VW Transporter have been set at 18,000 miles or two years but Volkswagen also offer fixed-price service contracts from its dealers to help keep costs low and prevent unexpected bills from landing.

The body styles for the VW Transporter cover a range of large spaces from 5.8 cubic metres to 9.3 cubic metres.

The Transporter is also a popular choice for conversions and alongside drop-side and tippers, it’s also available as a single or double cab chassis.

In the standard panel van version, there’s enough space on board the Transporter for two Europallets while the long wheelbase versions will take three pallets.

Access to the load space is easy thanks to the large twin rear doors, there’s also the option of tailgate on the Kombi, and a wide sliding side door.

There are also six lashing hooks on the floor of the standard panel van, and eight in the long wheelbase versions.

The van also has half height plywood wall lining as standard and there’s the option for a rubber floor covering.

The payload for the VW Transporter ranges from 740kg to 1,340kg though for the 4MOTION and Kombi vans it’s less than 1,000kg.

Every model in the VW Transporter range comes with electronic stability control as standard along with driver and passenger airbags as well as hill hold control – a great boon when there’s a full load on board.

They vans also have ABS and a system that will switch on the hazard warning lights should the van be braked hard for an emergency.

A full bulkhead is only standard on two of the trims and an option on others though it does reduce considerably road noise from the load space. As an option, it’s worth the money.

The 2.0 litre turbodiesel engine is a strong performer in the VW Transporter and of the power outputs available most buyers opt for the lower end units such as the 84PS, the 102PS and the 112PS. These come with a five-speed gearbox while 140PS and the excellent 180PS variants have six-speed gearboxes.

As you would expect, the transporter is an agile and able performer with a full load and there’s also the option for the firm’s all-wheel drive function, known as 4MOTION, which offers lots more grip on loose surfaces or in poor weather conditions.

The 4MOTION option is a great performer though the load space is smaller.

All of the engines provide decent performance, even the 84PS unit, and the van offers a stable and comfortable drive over long distances and motorway journeys. It’s also good to handle around town with little body roll in corners.

The VW Transporter may cost more than many rivals but it also has a lot more kit as standard including daytime running lights, air bags for the driver and passenger as well as the central deadlocking.

The van is very well made and feels solid with a cab that is well-designed and laid out. The fittings are designed for a long life of punishment.

There’s also plenty of storage space in the cabin, including underneath the passenger seat.

There’s a long list of options to help improve a specification but many owners use it to personalise their van to their own needs and wants.

Get a Quote on a VW Transporter 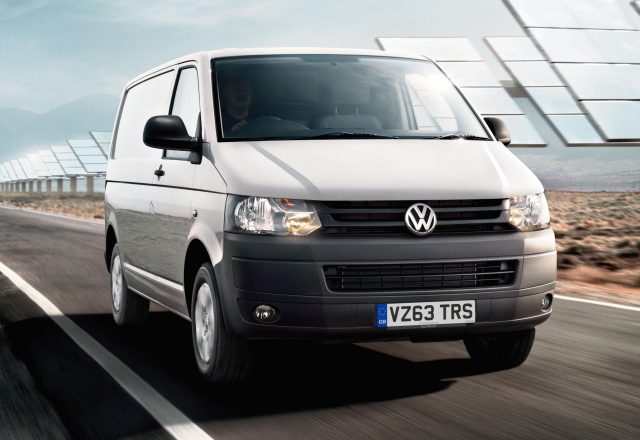 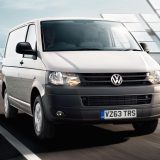 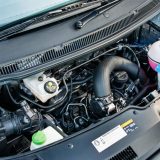