There is a new electric Renault Zoe Van to choose from in the Renault Pro+ commercial vehicle range.

It may have started life as a popular supermini, but now the Zoe Van has joined the firm’s commercial vehicle range.

The all-electric offering is all-new with prices starting at £25,180 – after the Government’s plug-in grant has been added.

The new small van has been on sale in Europe for several years and with the UK seeing a boom in the popularity of electric vans, the van maker feels the time is right to launch here.

Zoe Van is identical to the supermini

The Zoe Van is practically identical to its supermini sibling except that the rear door glass has had opaque film added.

Instead, drivers get to enjoy a large load floor along with a steel mesh bulkhead.

Renault says the Zoe Van has one cubic metre of cargo volume and a payload of 387 kg.

It’s also a versatile choice and the Renault Zoe Van uses the same running gear as the supermini so there’s an 107bhp electric motor powered by a 50kWh battery.

The Zoe Van has a potential battery-powered range of 245 miles.

Recharging the battery takes just over nine hours using a 7#kWh wall box or if there is a 22kW supply available, recharging takes just three hours.

Also, the van maker is adding its Chameleon charger so using a high-voltage 50 kW DC rapid charge point will see the battery being recharged to 80% of its capacity within 70 minutes.

Two trims for the Zoe Van 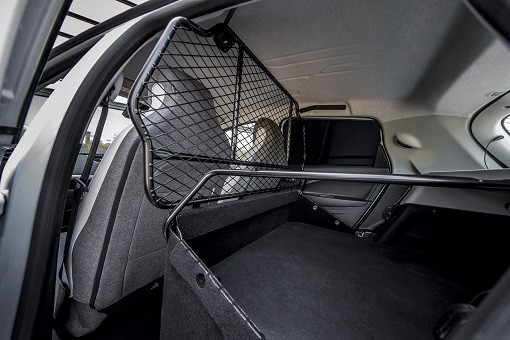 Renault is offering two trims for the Zoe Van – the Business and Business+.

Both are well-equipped offerings and include a 7-inch infotainment display with smartphone connectivity and 10-inch digital dials.