£100 million of UK investment in driverless car technology. What about commercial vehicles?

In this week’s Budget, the Chancellor of the Exchequer George Osborne announced that £100 million will be allocated to research and development into driverless cars. This would help the UK take the lead in such technology, potentially ending road deaths and significantly tackling vehicle induced carbon emissions. It is all very well investing in driverless cars but what about driverless commercial vehicles?

If you’re the Chairman of a delivery company, one of your biggest costs is in staffing. If there was a 100% safe way of cutting drivers out of the equation altogether, then this would be worth serious consideration in order to slash freight rates and become more competitive in the marketplace.

Though as terrifying for drivers in the medium term as threshing machines were for Luddite farm labourers in the 1800’s, this vision is an inevitability – as sure to happen as internal combustion engines replacing the horse and cart in the 1900’s. The question is if rather than when. 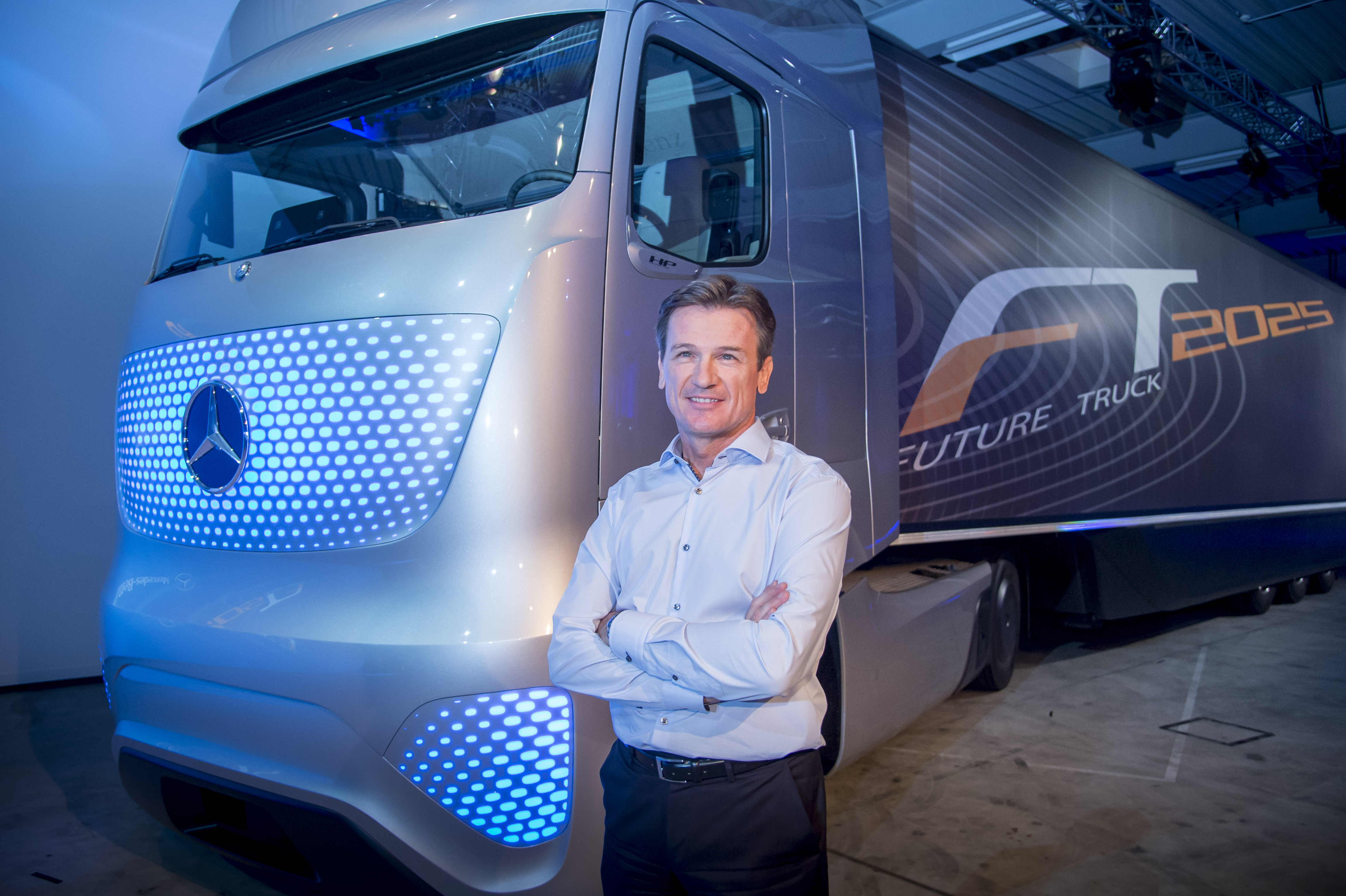 The world’s first fully operational driverless HGV concept vehicle was shown at the International Commercial Vehicle Show in Hannover last year. The Daimler Future Truck 2025 has navigational, collision avoidance and tracking systems that link to a central traffic control system at a company office. The future has taken a step closer, but as the name suggests, it won’t be on the M1 to London any time soon!

Driverless cars have been a pipedream for decades, yet only in the last ten years have they become a reality, with the US Defense Procurement Agency DARPA awarding a $2 million prize to Stamford University for a vehicle completing a cross country course in a race in 2006.

Google took the idea and ran with it in its famous Google Cars, and several countries including the UK have passed legislation permitting on road testing of the vehicles. With there being a risk of a robot car running amok and mowing down mothers with prams, the general consensus is that these systems must be 100% safe, 100% of the time.

Such conundrums faced by the systems have been pointed out by the likes of Jeremy Clarkson on Top Gear asking what would happen if the car was confronted with having to avoid a potentially fatal collision by coming off the road and possibly hitting a pedestrian? As a good driver knows, it isn’t you people should worry about – it is the other driver. Defensive driving is an art that adds real complexity to good driving.

While such issues and technological hurdles are being ironed out, there is some some interesting technology that is being put into commercial and domestic vehicles. Have a look at the video below, of Volvo Trucks new collision avoidance system that makes the HGV automatically brake rather than hit a stationary or moving object ahead of the vehicle. This scary video shows just how such technology can prevent lorries from shunting or crushing cars in front of them.

This system has been on Volvo and Mercedes cars for quite some time but is now reaching the commercial vehicle market. Though an expensive capital outlay it could reduce insurance premiums on commercial vehicles and pay for itself over the service lifetime of the truck.

Due to the ever present danger of commercial vehicles to cyclists, new technologies have been developed to alert drivers of their presence in blind spots. For as little as £150 a haulage company can potentially save a cyclist’s life and the nightmares a driver will have for the rest of their life in the event of such a fatal accident.

These two types of systems combined, that alert drivers to dangers and prevent collisions are both going into driverless vehicle technology. Most medium to large fleets have had vehicle tracking systems for quite some time, and ultimately it will just be a case of marrying all the currently used systems together.

Conservatism in the industry

Despite such systems being widely available in the US car market, industry observers have noted that there is a certain resistance in the trucking industry there to take up such systems on their new vehicles. Capital costs aren’t always paid for by lower insurance premiums and running costs in a market where the bottom line is everything.

In the UK, margins are even finer due to international competition from European companies that frequently manage to do drops while using fuel bought cheaply in other countries. The core driver in vehicle technology take up is the bottom line and if insurance premiums and other operating costs can be seriously reduced to encourage the capital investment in the first place, then this take up should take hold. Presented with an expensive driver or a significantly cheaper driverless vehicle however? HGV drivers will likely be something our children tell our grandchildren as a thing of history…