In what is an increasingly crowded market for telematics and tracking offerings, most businesses would be forgiven for being confused as to which system would best meet their needs.

That’s why many of them head to the better known brands even though they may not offer what they are looking for – and paying for services they do not need.

If your firm is working in the construction sector then you would be well advised to take a closer look at the Causeway Telematics offering.

With years of experience, Causeway is a technology business specialising in the construction sector and they produce a variety of software products for clients such as job estimation and project management software.

Causeway develop their own telematics offering

Five years ago they purchased a vehicle tracking business called Global Eye and they developed the telematics offering to their growing list of clients.

Causeway now offers 10 products for the construction sector and five in the tracking/telematics sector.

The firm says its Telematics users report a 20% boost in the number of jobs being completed daily, 10% drop in fuel bills and a 15% growth in vehicle use – and unauthorised vehicle use is ‘eliminated’.

However, it should be highlighted that many firms not in construction will find the Causeway telematics offering ideal for their needs.

That’s a point underlined by the firm’s Richard Brayshaw who told commercialvehicle.com that their telematics product has been recently revamped and is better than ever.

He explains: “The addition of telematics has helped Causeway focus its efforts on a wider catchment than just construction and our telematics system is for everybody.

“The other main benefit is that it is also offered as an integrated solution which integrates with some of the firm’s other software packages such as project management which is used by highways firms and those in the FM sectors.”

Growing user base for Causeway telematics

The relaunched product is now a web browser-based solution which can be accessed from any device with a browser including computer, smartphone and tablet. Prior to this, clients had to use a specific application that was downloaded. 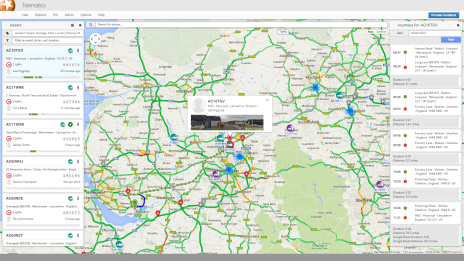 Causeway has also partnered with Google and offers the firm’s mapping, Street view, traffic information and anything that improves functionality and usability for firms with a fleet of vehicles.

Indeed, over the next three years as Google develops its business offering, this tracking service will utilise those products.

There’s no doubt that the offering from Causeway is impressive and they have developed it alongside feedback from their customers.

Fleet managers will benefit from telematics

Richard explains: “One main improvement has been with customers who work with the Carbon Trust because they wanted to see the emissions levels for their vehicles. Companies also want to see the mpg for their employee’s vehicles and how that can be improved.”

It’s interesting to note that the demand from clients for mpg information has declined with the drop in fuel prices. No surprise there.

The firm has also responded to some requests who have received a demand from HM Revenue and Customs to prove that their employees are not using their company vehicles for private use. This is done easily on the Causeway system.

Indeed, when we tried out the new telematics offering we found the service to be intuitive and easy to learn.

The system comes in two parts; one side is to simply see where the vehicles are on a day-to-day basis and there’s also a reporting suite to enable users to deliver reports of fuel usage, and other tools to help improve the fleet’s performance such as vehicle usage and mpg. The list of potential reports is long.

Causeway telematics is easy to use

The fleet manager can follow vehicles by either its registration, driver’s name, current speed as well as the road limit speed. The vehicles can also been designated with a name, a particularly popular tool with haulage companies.

The system updates the user’s information every 30-60 seconds and as it does so, it’s possible to see the driver’s progression using Street View which makes it an interesting experience.

There’s also the ability to alert the driver to any speeding issues as well highlighting any harsh braking and harsh accelerating issues.

The fleet manager also has access to the vehicle’s odometer, the direction of travel and the icon for the vehicle itself can be changed to reflect more the driver’s personality or the business need.

Select the vehicle and the system will place a red ring around it and the system will then zoom in for a close look via the mapping system. The user is then automatically taken into Google’s Street View – a particularly useful tool if their driver is trying to navigate to a site and struggling to do so.

As Richard says: “With satnav it’s easy to do the first 150 miles but sometimes the last 400 metres can be troublesome for some drivers. If they call into the office, the fleet manager then can see what the potential problem might be and can relate what the driver is seeing in front of them.”

There’s also the ability to add other ‘in-cab’ driving aids to work alongside the Causeway system but there is, apparently, some resistance to this since most client vehicles already have satnav, PDAs, chargers and workforce management system already in place. This means they are reluctant for other screens since they are aware of their duty of care and don’t want to distract their staff too much while out on the road.

The Causeway system also has the ability to track a vehicle anywhere in the world, with lots of clients using it to track their vehicles in Europe particularly.

Customers are also using this system in Australia and Causeway are looking to develop their offering in the Middle East. Most customers are in the UK, Ireland and Eastern Europe.

When under test, we were taken with the ability for the fleet manager to maintain a database of sorts for each particular vehicle including make and model, the driver, and the notes they would like to make about it.

This is particularly useful for firms running a small fleet because this additional information is often held elsewhere in Excel spreadsheets whereas they can simply add it to their Causeway system and everything will be presented in front of them. So instead of using various bits of information in different locations in their office, for instance, they can then just add it to the system.

Among those vehicles on the fleet we monitored, there were notes about intermittent cabin lights which would be highlighted for the next service and fixed rather than relying on the driver to remember and tell the mechanic or fleet manager.

This notion of making the running of a fleet a tad easier also means that the notes can also include dates for the MOT, service and even wiper blade replacement. The system will then set up alerts so that these crucial activities are actioned. 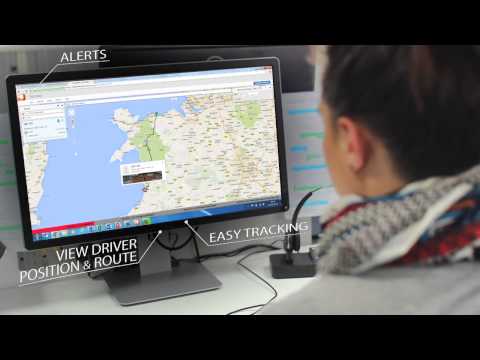 These alerts are also feeding to a maintenance report that can be accessed and run off every week to ensure that everything that needs to be done has been done and no crucial maintenance is overlooked.

Again this element will be more useful to smaller fleets because they may not have any specific fleet management software to hand and it makes the running of their fleet much easier.

The fleet manager can also add the vehicle’s CO2 emissions – either the actual figure or what the vehicle maker claims it to be. The system will then pull in the figure from the vehicle’s on-board computer system to deliver a real world CO2 emissions figure to compare fuel efficient performances.

Speeding profiles can also be created for each vehicle; in the case of a HGV, the road speed is set to 56mph rather than 60mph which is a common sense approach to monitoring how an HGV is actually performing.

The system really is a boon for small firms – many will find the ability to add the vehicle’s running costs a great benefit. That’s the actual fuel economy to calculate how much each journey is costing.

Essentially, the Causeway telematics system is a comprehensive offering that offers lots of real world benefits as to how a vehicle and driver are performing – and whether a profit is being made on the run.