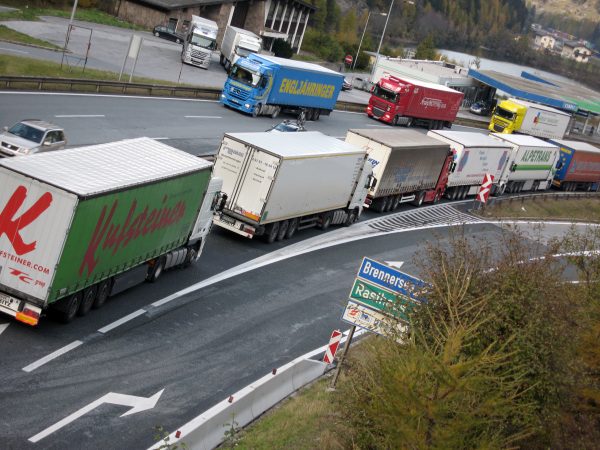 Over the last year there have been two major threads in commercial vehicle news – the burgeoning driver shortage crisis and the emergence of fully automated HGVs such as that trialled by Daimler. Could this be the answer, and are we at the cusp of an automation revolution unseen since Luddites rebelled against threshing machines?

The short answer is not yet, but the time is coming where we may see drivers doing other duties while on other long haul routes across Europe and the UK. We may see legislation come in that permits drivers to go into their bunks for rest breaks while the vehicle is driving itself in so called platoons, enabling fleets to work far more efficiently. Don’t expect drivers’ unions to be picketing outside Stobart depots soon with placards saying ‘sack the robots!’

Trains are becoming so automated that on many metros and over ground systems around the world, there are no drivers at all. Whether the monorail at Stanstead Airport or the Dubai Metro system, train drivers are becoming a thing of the past. Roads differ significantly from rail, with huge variations in conditions and situations that still baffle even the most advanced computer systems.

Richard Cuerden, Technical Director of Vehicle Safety at TRL explained that of now, “We couldn’t run an autonomous vehicle in an urban environment, though there are some situations where trials are taking place such as the Greenwich Gateway Project.” This is a trial using automated electric vehicles to navigate around Greenwich, according to its website, ‘to deliver demonstrations of automated vehicles in urban environments.’

Various large vehicle manufacturers have gone a step further, with the likes of Scania working with large mining companies to help automate their vehicle fleets. Gullar Gormalm, Head of Predevelopment (Systems Development) at Scania, told us that with mines, “You have a closed area with no legislation. We are developing a logistics system that can have hundreds of lorries controlled from a central computer. They are much cheaper to run, and our heavy vehicles can be run in compliment to the huge 250 tonne payload dump trucks they use on site.”

Such test beds, whether mines, harbours or slower electric vehicles in urban environments are helping make the dream of fully automated vehicles a reality. There are still significant hurdles in the way before we see HGV drivers being told to hang up their keys…

One step towards it is vehicles, still with drivers, operating together in so –called platoons. Let’s look at this idea, which may hit UK roads as soon as 2020…

The concept of platooning has been around for a while. A truck will fall in behind another and set a distance behind. No matter what the other truck does in front, the next one will follow – whether braking, accelerating or turning. Doing this reduces the fuel consumption and wear and tear of the following vehicles due to speeds being fixed and lower aerodynamic drag on the following trucks.

As we reported on Commercial Vehicle News earlier this year, the Netherlands will look into altering international legislation to permit HGVs to platoon in 2016 when it takes up the Presidency of the EU.

According to Ray Engley, head of technical services at the Road Haulage Association, HGVs are effectively platooning automatically in many cases today. He pointed out, “When you join the M1 heading north at junction 15 and put on your active cruise control you’re effectively platooning anyway due to the road works limiting your speed to 50mph for the best part of 50 miles.”

It should therefore only be a short step to fully automating this process, so the driver joins a platoon manually, presses a button and the platoon then takes over full control. Cuerden explained, “The additional costs to a tractor trailer unit on top of what they are now should be fairly insignificant. Essentially, on top of automated braking you need a camera system, radar, and LIDAR, as well as the software to make it all work together.”

The TRL indeed are so confident of the technology that they are pressing to run trials of the system on UK roads. The chief problem is that real world trials need to be run. For instance he said, “We know that if you run a platoon at 3:40 in the morning on a motorway the cost savings would be huge, but this doesn’t reflect what most drivers would see in morning rush hour for example. We need a big logistics operator to test it in a real world situation.”

UK roads aren’t that long relative to routes across Europe – major savings could be made on routes between Poland and Spain for example, where the truck could cover 1000 miles between pick up and drop off. Gormalm pointed out that major infrastructure issues need to be addressed on pan European routes. He said, “In order for high level platooning to take place you need high quality data networks to make it happen. 3G isn’t good enough, and 4G hasn’t been rolled out right across the EU as yet, but could allow information to be streamed across the major transport corridors.”

Other issues need to be resolved too. How will a driver justify his time in a truck if he isn’t actually driving it on a run between Glasgow and London? Cuerden said, “Looking forward, drivers of platooning trucks may be required to engage in other useful activities whilst their truck is following the lead vehicle. This could be completing paperwork or, if the technology is proven to be robust and safe enough, perhaps even sleeping. This would be particularly effective and efficient if drivers are sharing the lead driving role as part of a platoon, reducing the need for long stopovers for drivers to sleep.”

Gormalm added, “What happens when a car wants to come between us to get to a junction? These and other protocols need considering!”

The road haulage industry seems to be in full support, with the prospect of falling costs, greater efficiency and even keeping their vehicles driving around the clock. Engley said of this, “Our members would look at anything that would save money. This wouldn’t give anyone a competitive advantage so you should see platoons of vehicles with multiple companies”.

HGV manufacturers are working together too, with protocols being discussed at international level to iron out standards. One advantage for all companies involved is the prospect of being able to accurately timetable HGVs arrivals and departures. Gormalm suggested, “A dream for all companies is to accurately predict an estimated time of arrival. This will be achievable once good communication systems are in place along the corridors of Europe.”

So what of the future?

With automated braking systems and active cruise control, heavy goods vehicles are a short step away from platooning, which in turn isn’t that far from full automation. As we said in the outset, driverless vehicles are still a way off but automation is creeping towards us to the point that when it finally comes it will cause barely a stir…