This is the sixth generation of the impressive Fiat Ducato and it’s probably the best one yet.

However, it hasn’t been redesigned from the ground-up and is more of a facelift for the previous model, which was a very good production.

Fiat says it has focused on reliability and robustness for this new version as well as improving running costs and delivering high-tech content to help it stand out from the crowd.

Essentially, the Fiat Ducato is built in the same factory as the Citroen Relay and the Peugeot Boxer and they share a lot of parts and technology but they do differ in handling abilities and kit levels.

Indeed, the Fiat Ducato has a 2.3litre diesel engine that is not shared with the other two vans and is one of the cheapest engines to run in the sector.

The model is against some very stiff competition but it’s certainly more ‘user friendly’ than some and its engines will help keep running costs low.

Ultimately, the van is great fun to drive over long distances; it’s comfortable and it does what it’s supposed to do very well.

There’s no doubt that the Fiat Ducato is an impressive offering and with more than 2.6 million models sold around the world, it has a big fan base. The new model is more comfortable and enjoyable to drive and with better engines makes for a decent alternative in a competitive sector.

However, be aware that there are thousands of configurations to the Fiat Ducato range which can make selecting one a confusing process – but the result should be a van that has been designed and built to being punished.

And, thanks to its engines, the Ducato has a very loyal fan base and there’s no reason to doubt that this latest incarnation will not build on that previous success.

If you like the Fiat Ducato then have a look at the Peugeot Boxer, the Ford Transit or the Vauxhall Movano.

Thanks to the Fiat MultiJet II engines, the Ducato is a reasonable van to run. These common rail diesel engines come in either a 2.3 litre or 3.0 litre units with power outputs ranging from 110bhp to 177bhp.

With the six speed manual gearbox, the Ducato will return around 46mpg helped by Fiat’s stop/start technology and the use of low rolling resistence tyres. The CO2 emissions for the Fiat Ducato are a reasonable 164g/km.

There’s also the Comfort-Matic Automatic transmission available which doesn’t add unduly to the van’s running costs and it’s a fair performer around town.

Opt for the impressive 3.0 litre unit, and fuel economy should be around 37mpg while CO2 emissions will be 203g/km.

On top of this, service intervals have now been stretched to a very useful 30,000 miles and owners will find various parts of been upgraded to help prolong the life of the Fiat Ducato – apparently the testing should ensure they last for 10 years!

In addition to being among the cheapest of vans to run in the sector, drivers will also find a useful gearshift indicator to help them run the vehicle more efficiently.

There are literally thousands of different combinations for the Fiat Ducato range to choose from which means there’s a load space for every need and wish.

Fiat also produce different versions such as a drop side trucks, a window van and a minibus version, among others.

Essentially, the Ducato has up to 17 cubic metres of load space, one of the largest in its class. The loading width between the wheel arches is an impressive 1.42metres so there’s no problem loading bulky items.

Safety features for new vans are undoubtedly a growing feature and the Fiat Ducato is no exception and it comes with electronic stability control and hill holder as standard.

However, Fiat have also fitted its ROM which is ‘roll over mitigation’ to stop the driver losing control, and LAC which is load adaptive control.

Among the options, there’s Traction+ which has hill descent control and there’s also a speed limiter and cruise control available.

As vans become increasingly car-like in their approach to safety, the Ducato also has the option of a system that will ‘read’ speed limits and road signs and there’s also a lane departure warning system.

The van is also fitted with a full metal bulkhead.

Fiat says the Ducato is the best gross vehicle weight in the ‘single wheel’ category with weights ranging from 3,000kg to an impressive 4.25 tonnes (this means that anyone who passed their driving test after 1 January 1997 will need an HGV licence to drive one from the top end of the range).

Of the engine choices, probably the best one is the 2.3 litre unit with the 130 bhp power output. That’s because this is a smooth and strong performer with lots of torque – the maximum is 320Nm. This unit is excellent at low revs and will pull decent loads without any trouble.

For anyone shifting heavy loads on a regular basis then the 3.0 litre unit makes more sense with the 177 bhp output. This is a refined and strong performer too and the engine never sounds like it is straining.

The suspension is also impressive and the van handles well in a range of conditions. It’s also very comfortable to drive over long distances.

The Techno cabin is standard for the UK market and there’s an impressive five-inch colour touchscreen on board that comes complete with satnav, DAB and a useful reversing camera.

The interior of the Fiat Ducato is comfortable and well designed with the gear stick being particularly well positioned. There’s also no shortage of storage space or cubbyholes.

The steering is well weighted and the balance of the van is impressive with everything feeling like it’s made from durable materials that have been designed to last.

Get a Quote on a Fiat Ducato 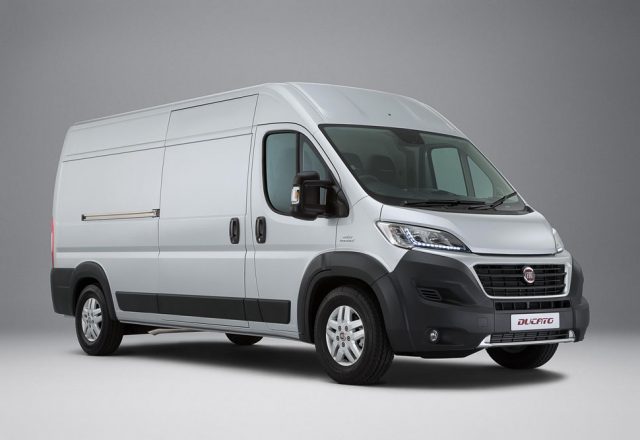 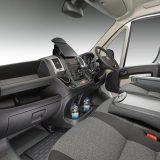 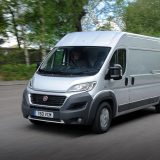 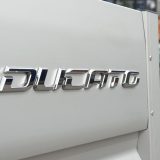 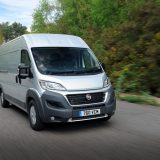 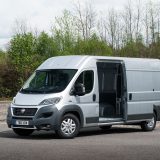 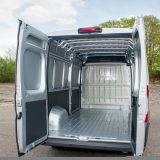 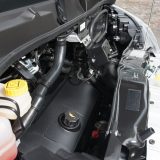