The Ford Ranger is an impressive pickup and while it’s not the cheapest to run, there’s a good range of models and decent off-roading performance. It’s also an award-winning offering and the UK’s bestselling pickup – there’s a reason for that. It’s one of the best-equipped pickups around with a comfortable drive and the double cab version is ideal for business users who want a workhorse for during the week, and a family-friendly utility vehicle when off the clock.

The Ford Ranger is an attractive and well-built pickup that should meet a wide range of needs. It also delivers the comforts of a modern SUV while being a utility vehicle – and in the Ford Ranger Raptor, there’s a cracking high-performance version too.

The new Ford Ranger engine line-up will be led by the powerful bi-turbo version of the 2.0-litre EcoBlue engine, delivering 213 PS and 500 Nm of torque – up by 13 PS and 30 Nm compared with the previous 3.2-litre TDCi diesel – for greater load-hauling capability.

The Ranger is the first vehicle in its class to offer Pre-Collision Assist with Pedestrian Detection and Intelligent Speed Limiter as standard. Active Park Assist is now also available, in addition to the existing range of advanced driving technologies designed to make driving less stressful and to help avoid or mitigate the effects of collisions.

“The new Ranger Raptor will ramp up the excitement even further when the thoroughbred desert racer and extreme lifestyle off-roader goes on sale for true enthusiast off-roaders at the same time.”

It’s not the cheapest pickup in the UK, but there’s a lot to recommend buying the Ford Ranger. From the engine offering decent performance, a comfortable cab and a wide range of models, there’s a lot to like. The Ranger is the UK’s bestselling pickup for a reason and that’s down to the range, the engines and the specification possibilities that are available. It’s an impressive offering for anybody wanting a good-looking pickup that is a true workhorse.

If you like the Ford Ranger, then consider the Isuzu D-Max or the Toyota Hilux.

After a revamp in 2020, more efficient 2.0-litre EcoBlue diesel engines were added to improve fuel economy. There’s also start-stop for those models with the manual gearbox but not in the automatic transmission, to boost fuel economy even more.

The best performer is the engine producing either 130 PS or 170 PS, with fuel economy of 42 mpg and emissions of 188g/km.

Opt for the Ford Ranger Raptor and drivers can enjoy a powerful pickup with an engine producing 210 bhp and torque of 500Nm. Its 0 to 62 mph sprint time is 10 seconds – that doesn’t sound particularly fast, but it does feel quick. The Raptor also utilises a 10-speed automatic transmission that does deliver.

However, the Ford Ranger has a 60,000-mile or three-year warranty and there’s also a 12-year anti-perforation warranty. Ford also adds its assistance breakdown cover for 12 months as well.

The big attraction for the Ford Ranger is the wide range of models.

The traditional two-seater regular cab is the pickup offering the largest load space with a gross payload of 1,252kg. It has a maximum load length of 2,317 mm.

The Ranger with the super cab adds a pair of rear seats which are quite small with the payload, depending on the model, ranging from 1,142 to 1,197kg. The load length is 1,847 mm.

It also has the potential for towing 3,500kg.

For those interested in the Ford Ranger Raptor, then its payload is just 620 kg, – that’s around 400kg below the LCV classification so there’s an impact on its Benefit-in-Kind (BiK) rating.

The Ford Ranger is a very safe pickup and has the full five-star rating for crash testing from Euro NCAP.

There are five model grades for the Ranger and lots of storage space and tough plastics for hard use.

Drivers get a great infotainment system with an eight-inch display. This is smartphone compatible and there’s a decent sound system in most models.

Behind the wheel, the Ford Ranger delivers a rewarding and comfortable, often cosseted, drive. The electric powered steering gives good feedback and is weighted to give a good response.

There is some bounce when the Ranger is unladen over rough ground, but it’s not intrusive or uncomfortable.

The Ford Ranger is also a sprightly vehicle and with the automatic transmission, the engine producing 210 bhp can achieve the sprint time quicker than the manual gearbox – it’s only nine seconds so it’s more than a second quicker but it will account for two in three Ranger sales.

It’s also a decent off-roader with an electronically controlled 4×4 transmission so drivers can shift between four-wheel drive, and two-wheel drive.

The system is easy-to-use on the models that have it.

Otherwise, the Ford Ranger has a ground clearance of nearly 30cm and there’s enough equipment onboard, particularly hill descent control, to keep the Ranger safe and take the driver where they want to go. There’s also extra protection for the underside of the pickup as an option which is a worthwhile investment for those who are thinking of taking their pickup off-roading on a regular basis.

However, the Ford Ranger Raptor really is designed to be an off-roader with a better suspension, and it can carry heavy loads over rough terrain. It’s a pricey offering but for those who want a lot of comfort in unforgiving terrain, it’s worth considering.

Overall, the Ford Ranger delivers a comfortable and relatively upmarket offering when compared with its rivals, and while running costs may be slightly more, it has a lot to recommend it. 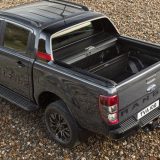 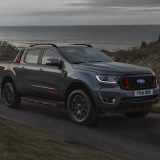