With Ford improving its Transit range with the all-new model and the brand-new Vauxhall Vivaro also being redesigned means that other manufacturers have to sit up and take notice.

That’s exactly what Nissan has done with its revamp of the excellent NV400.

The entire range has been restyled and there’s a new, more economic engine in place of the three that went before it.

There’s also an additional safety equipment and the van’s handling has also been tweaked too.

The vehicle still relies heavily on the Vauxhall Movano and the Renault Master but it manages to have its own personality and to stand out from the crowd.

With a range that has 10 different cargo sizes and some excellent conversion choices, the Nissan NV400 is a serious van to consider.

It’s up against some very stiff competition but there’s a lot to like from this offering and the new engine is set to impress.

Reliability and practicality have been the watchwords when putting the new van together and it’s sure to be a popular choice in a growing and very competitive sector.

While it may be based on the Renault Master and the Vauxhall Movano, it’s still a very different van and not just a rebadged version of the other two.

Nissan say its NV400 will appeal to those owners who are looking to improve their CO2 emission figures as the new engines shaves 8g/km from its previous figures.

If you like the Nissan NV400, then have a look at the VW Crafter, the Ford Transit or the Iveco Daily.

For the size of the Nissan NV400 and the payload it will be carrying, economy is a respectable 30mpg to 35mpg in the front wheel drive versions and slightly lower for rear wheel drive.

The 2.3litre turbodiesel engine is an excellent performer and oil changes have been set at two years or 24,000 miles which helps to keep running costs low.

With 10 different cargo volumes in the line-up which range from 8 cubic metres to 17 cubic metres there’s something for every need.

Indeed, opt for the firm’s box van conversion and there will be an impressive 22 cubic metres available for load space.

There are plenty of load lashing spots in the cargo area, along the floor and body walls, and access is easy to thanks to the large rear doors which open fully and the models with a sliding door is a good choice. There’s also an option for a second sliding door too.

Other options include an aluminium walkway on the roof, roof racks and a rear door ladder.

Unlike its Vauxhall sibling, the Nissan NV400 comes with electronic traction control as standard to help keep the vehicle under control should it go into a skid.

There’s also a very useful load detection system which will compensate automatically for the differing load weights being carried in the van.

Remote central locking is standard as are rear parking sensors. Some may find that the addition of automatic locking doors when the van reaches speeds above 5 mph a very useful addition too.

Powered by a new 2.3litre turbodiesel engine, the Nissan NV400 has economy of around 30mpg to 35mpg while CO2 emissions for the range are between 210 and 225g/km.

Regardless of the load on board, the engine is a sprightly performer with lots of torque at low revs to make this an impressive all-rounder.

It certainly matches the best for handling from its competitors with a steering that is true and the van handles corners well, regardless of the load being carried. It’s also very good on long runs on motorways with strong performance and there’s no bumpy rides felt in the cabin thanks to the excellent suspension which irons out poor road surfaces.

The van also has a very good turning circle.

Essentially, the Nissan NV400 is a tried and tested performer and offers a very good driving experience and visibility from the driver’s seat is excellent. The engines are particularly impressive with lots of torque and ability at high speed.

There are just two trim levels to the range, the E and SE, with standard kit including front electric windows, power mirrors, deadlocks and Bluetooth connectivity.

There’s also an immobiliser and alarm as well as cargo floor load mounting hooks, as standard.

The SE version of the NV400 has remote central locking and all of the models with rear wheel drive now have twin rear wheels.

At the top end of the range, a digital tachograph is standard and available as an option on other models.

Indeed, there’s a lot of kit in the SE version so the options list isn’t very long but does include a passenger airbag, integrated satnav and a limited slip differential for those who buy a rear drive model.

Also the E trim means the cabin is a bit sparse but to be fair to Nissan the cab is well designed and made from sturdy plastics that are designed to take a lot of punishment. 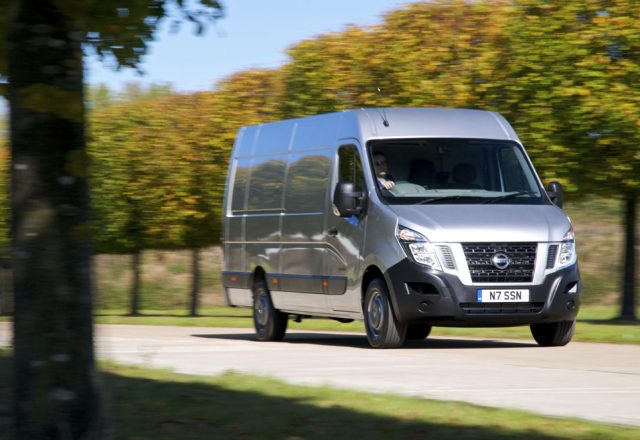 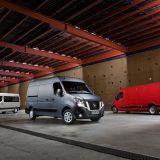 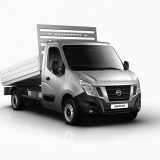 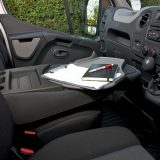 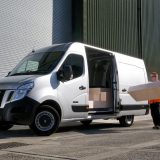 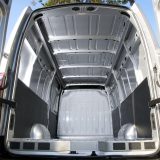