While the all-electric Vivaro-e has been winning all the plaudits, there’s still a lot to like about the medium-sized Vauxhall Vivaro van. It’s a practical and well-designed vehicle that offers value for money.

The Vauxhall Vivaro is an impressive medium-sized van that is made in Britain and has proved to be very popular with buyers. This is the third generation of the van, it was unveiled in 2019, and it offers car-like handling and high comfort levels.

The all-new Vivaro van heralds a bright future for the company’s Luton plant where the vehicle is built.

The third generation Vivaro medium van is based on a state-of-the-art platform and is available in two lengths (L1H1 4.95m and L2H1 5.30m). Body styles include panel van, double cab for up to six occupants and a platform chassis.

Priced from £22,020 excluding VAT, the Vivaro is available in three trim levels: Edition, Sportive and Elite. Dual side sliding door, driver/passenger airbags and cruise control with speed-limiter are all available as standard on the Vivaro for the first time.

Reflecting the demands of an evolving market, Sportive models have a higher specification than the outgoing model with standard equipment including body-coloured mirrors, handles and body side moulds, alarm, auto lights and wipers, acoustic windscreen and thickened side glazing.

Stephen Norman, Vauxhall’s group managing director, said: “As the UK’s largest CV manufacturer celebrating its 90th year of van production, we’re proud to build a new Vivaro model that not only has class-leading credentials, but also secures the future of our Luton workforce for many years to come.”

The Vauxhall Vivaro van is a value for money offering that is cheap to run and has lots of comfort and refinement. There’s a lot to like about it and while it may share the underpinnings of the Peugeot Expert and Citroen Dispatch, it’s still a great van to enjoy.

The engines for the Vauxhall Vivaro are frugal and smooth to deliver reduced emissions and low running costs.

The 1.5-litre turbocharged unit has a choice of two outputs, plus there’s a 2.0-litre engine with three outputs.

The six-speed manual transmission is a smooth changing offering, and then there’s the option of an eight-speed automatic gearbox.

All Vivaros have a 70-litre fuel tank, plus there’s a 22.5-litre AdBlue tank that needs topping up every several thousand miles. It’s worth noting that the trip computer will highlight when this tank needs refilling, and if you don’t do so, the van will not start.

The running costs don’t match the very low bills that those owning the Vauxhall Vivaro-e will enjoy, but then they don’t have to contend with a much higher price tag.

Fuel economy is around 60 mpg for the 1.5-litre engines, while the more powerful units return around 54 mpg.

Service intervals for the Vauxhall Vivaro depend on the engine, for example, the 1.5-litre turbocharged diesel engine needs servicing every 25,000 miles, or every two years. The 2.0-litre diesel engine has a two-year service interval though the mileage limit rises to 30,000 miles.

Building the latest Vauxhall Vivaro on a new platform – after being bought by Stellantis- means the van’s cargo area is made larger.

The Vivaro L1 is slightly shorter than the previous model, as is the L2 but the roof is slightly higher – though there’s no high roof choice here.

The L1’s load volume is 5.3 m³, and for the L2 it’s 6.1 m³. This will expand slightly for both guises with the load-through facility which is useful for those wanting to carry pipework, ladders or planks.

The Vivaro is also shorter and narrower than the previous model, but this means there’s a shorter bonnet and there’s also less width between the van’s wheel arches at 1.26 metres.

The Vauxhall Vivaro is a very safe van to drive and the top model, the Elite, is packed with safety kit including adaptive cruise control, lane departure warning and autonomous emergency braking.

Other models have lots of standard kit, with a long options list for other features.

Opt for the Vivaro with the double cab and there are curtain airbags.

Be aware that there are no wide-angle mirrors to boost rear visibility, though the van does add a reversing camera, as well as rear and front parking sensors.

The Vivaro has a five-star safety rating from Euro NCAP, and this should be a reliable van to run.

While the new Vauxhall Vivaro is slightly smaller than the version model it replaced, it still delivers a nimble and agile drive around town and it’s a good cruiser on motorways.

The 1.5-litre diesel engine is a sound performer though you may have to work the engine for heavier loads.

The driving position is also different in the latest version – it’s much lower – and the handling is certainly car-like. While many van makers will claim to offer this, the Vivaro delivers especially when fully laden and there’s a low centre of gravity to offer that nimble feel.

As with many other vans, the Vivaro does have suspension bounce when unladen but it’s not as bad or as harsh as some rivals can be.

The interior has been designed for robust use, though the dashboard is nearly identical to the one that’s in the Expert and the Dispatch. The infotainment system is easy-to-use and there’s a middle passenger seat that will create a table when folded down.

Overall, the Vauxhall Vivaro delivers a refined and comfortable van that is quiet to drive at high speed, and it’s a comfortable and well-designed workhorse. 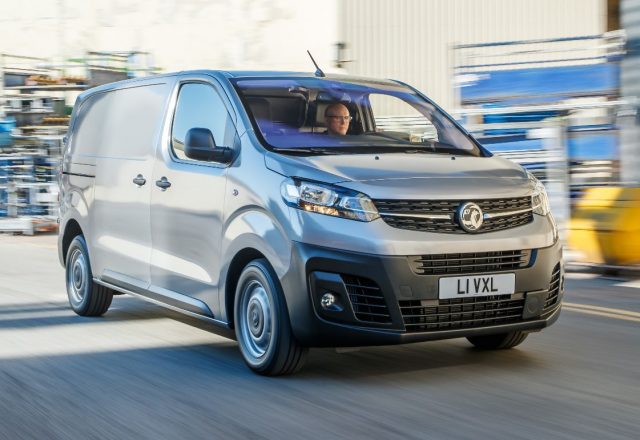 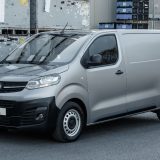 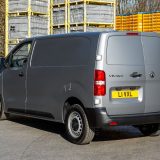 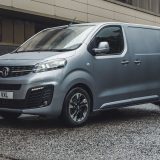 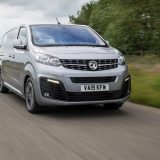