It’s the all-electric version of the best-selling cargo van in the world and the first European customer trials of the new Ford e-Transit have begun.

The prototype vehicles are joining customer fleets to be used in challenging real-world conditions with several major firms.

The new e-Transit will be used in the utility, postal services, home delivery and supermarket sectors.

The public trials will be taking place in the UK as well as in Norway and Germany.

The programme engineer, Andrew Mottram, said: “The real-world trials to deliver the all-electric e-Transit are an important step on the journey.

“This will give us a better understanding of helping customers across various industries to enhance their productivity while using zero-emission vehicles.”

The European customer trials are part of the e-Transit’s extensive development programme before being launched in spring next year.

The trials will start in the summer with the aim of confirming that Ford’s all-electric van will be able to meet the demands of all operating scenarios comfortably.

The data from the customer trials will also help refine the van’s connected vehicle technology as well as the range management features.

The Ford e-Transit for the trial has been assembled at the firm’s UK vehicle centre of excellence located in Dunton, Bedfordshire.

Trial will include chassis and van variants 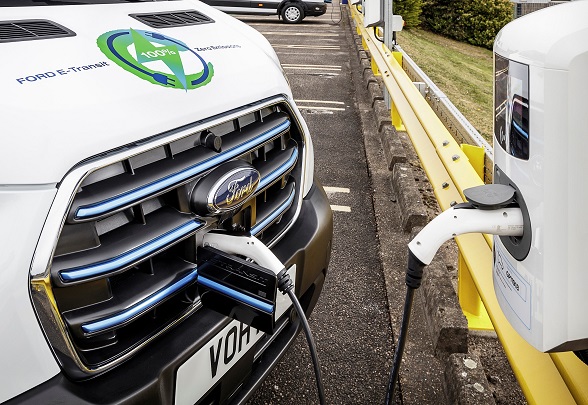 The trial will include chassis and van variants and various conversions including box vans, refrigerated bodies and drop side vans.

The trial will also use various lengths and body styles, as well as roof height and gross vehicle mass options.

The load area for the all-electric offering is similar to the diesel-powered Transit versions so conversions will be easy.

Ford says that Transit operators can reuse their current racking systems for their new all-electric van.

The Ford e-Transit’s anticipated payload will be 1,616kg for the vans, while chassis cab models will have 1,967kg.

The all-electric powertrain will produce 200kW of power and there’s an expected range of 217 miles.

This will be supported by scheduled pre-conditioning for the battery and eco-mode driving.

One of the big aspects of a successful trial is for Ford to prove to potential owners that the cost of running an e-Transit will be 40%, approximately, lower than a diesel-powered version.