There’s a new simplified trim structure for Vauxhall vans which will help buyers wanting a vehicle from the Movano, Vivaro or Combo line-ups.

The firm says that there is now a clear choice between the vans which also offer improved technology and better connectivity.

There’s also a better value for money proposition with some vans being reduced by £7,500.

The order books are open now for the revised ranges and deliveries will start later this year.

Along with a simplified line-up, there are new trim levels for the above-mentioned vans with the well-equipped Prime and Pro variants.

They now replace the Dynamic, Sportive, Elite and Edition trims.

The new range update also sees the introduction of the Vivaro Electric GS – this is the first all-electric sports van available in the UK.

It’s also the next step in the firm’s mission to help electrify British business and cement its position as the number one electric van maker in the UK.

Number of vans being reduced by 20%

The new variants see the number of vans being reduced by 20% so it’s easier to understand which van will best meet the business needs.

Also, there’s a new nameplate and electric versions of the Pro vans, while prime models have improved technology including having a touchscreen fitted as standard.

The vans are also smartphone compatible while some models also feature Vauxhall Connect for improved convenience.

The Pro model has satnav with three years of traffic updates for some models, along with a rear-view camera.

Movano will now only be sold in the Prime trim 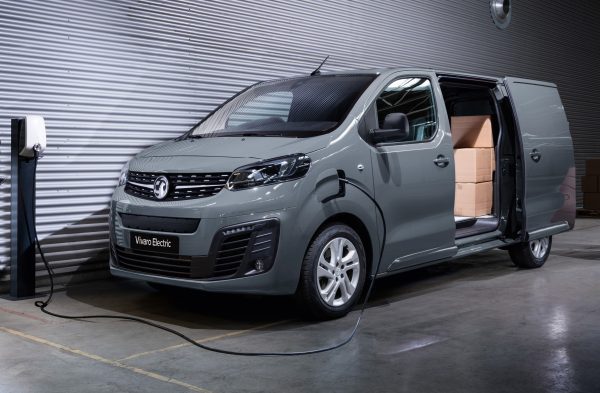 The Movano will now only be sold in the Prime trim, while Pro versions also get the firm’s innovative load-through bulkhead, FlexCargo, and some add versions have rear parking sensors.

Vauxhall is also offering a Worksite Pack that boosts ground clearance, has a full-size spare wheel, IntelliGrip and an engine protection plate.

The GS versions have a more dynamic appearances including black alloy wheels, side skirts and a lip spoiler at the front.

Vauxhall points out that it is one of the few van makers that can offer business and fleet customers a fully electric van across its entire range.