The Fiat Ducato is the firm’s flagship van offering and should not be confused with the all-electric e-Ducato. The latest version of the Ducato was launched in June 2021 and it’s a comfortable and impressive van to drive, though it remains a popular choice with UK buyers because of its fuel economy.

While the Fiat Ducato shares the same underpinnings as the Peugeot Boxer and Citroen Relay, there’s a lot to like about this van. It offers lots of power and torque to deliver its payload and it will meet most business and private owner’s needs.

The new Fiat Ducato is the flagship model of the Fiat Professional range. Launched in 1981, it wears its 40-year history with pride, having already celebrated its status as the best-selling light commercial vehicle in Europe in 2020.

Already best-in-class for capabilities and broadest range on the market, the new Ducato is aimed at not only at cementing its leading position, but also at improvement to ensure it is always ready for every mission and to fulfil all its clients’ cargo and mobility requirements.

The same customers have always acknowledged the model’s leadership in terms of efficiency, flexibility and constant upgrading, resulting in its status as the best-selling commercial vehicle in Europe after 40 years of continuous success.

The new Ducato remains one step ahead of the competition by focusing on technology and connectivity, and even by refreshing the design and overall appearance of the interior. A new all-digital configuration of the internal instruments, courtesy of the Full Digital Cockpit that can immediately and clearly provide practical journey information and alerts – from the satnav to the driver assistance systems – offers a great deal of flexibility, down to the options for reconfiguration and interaction with the UConnect infotainment system.

The new Ducato is available in three configurations: Tecnico, Tecnico Plus and Business Edition, and are all wider ranging than ever before. These three configurations can be customised even further by adding other packs with ADAS systems and improved functionality, all of which are designed to make the Ducato ‘fit for every mission’ and tailor-made for client requirements.

The reasons to buy the Fiat Ducato will include the price and whether there’s a Fiat Professional van showroom close to those firm’s wanting one.

If you like the Fiat Ducato, then consider the Mercedes Sprinter or the Volkswagen Crafter.

The power for the Fiat Ducato comes from a 2.0-litre diesel engine in a refreshed engine range that now meets Euro 6d regulations.

The six-speed manual gearbox has been improved and there’s a nine-speed automatic gearbox for some engine variants. The automatic transmission does take some getting used to, but it is efficient and responds well to the demands placed upon it.

Depending on the engine chosen, fuel economy ranges from 44 mpg to 49 mpg with emissions of 165g/km.

It helps too that the Ducato’s service intervals are 30,000 miles.

The new Fiat Ducato has a wide range of vans to meet the needs of customers wanting a large vehicle.

All Fiat Ducato’s feature a full-height metal bulkhead and the loading width between the wheel arches is 1.42 metres – there’s plenty of space for bulky items.

There’s no doubt that the Fiat Ducato has proved to be a popular choice in the UK and part of that is down to the reliable engines. It’s also packed with safety kit including electronic stability control, a driver’s airbag and ABS.

Fiat has also added load adaptive control to boost the van’s stability and roll over mitigation.

It’s worth considering the firm’s Traction+ offering which boosts grip on loose surfaces and really does work.

The Ducato also has hill descent control so it can travel down steep gradients in a safe way.

Drivers also get to enjoy Fiat’s UConnect infotainment system which has a 10.0-inch display, and some models feature satnav as well.

The new Fiat Ducato also has a digital instrument display as part of the full digital cockpit to deliver practical information and alerts.

The big difference when it comes to driving the Fiat Ducato and the Peugeot Boxer and Citroen Relay will be discovered from the engines.

The most powerful engine delivers great levels of performance and all of the diesel units are responsive.

The six-speed manual gearbox does feel a bit vague at first but offers good performance after you get used to it. The automatic transmission is a smooth changer, and it also takes some getting used to but makes driving the Ducato really easy and delivers good economy.

Overall, the driving experience for the Ducato is one of the best in its segment, though the van does bounce when unladen on rough roads – but no more so than some rivals.

The steering is also well-weighted, and the driver’s seat offers good visibility of the road.

There’s a lot to like about the Fiat Ducato, it’s a well-made and well-designed offering and for those who have had Ducato vans previously, the latest 2021 version will impress. 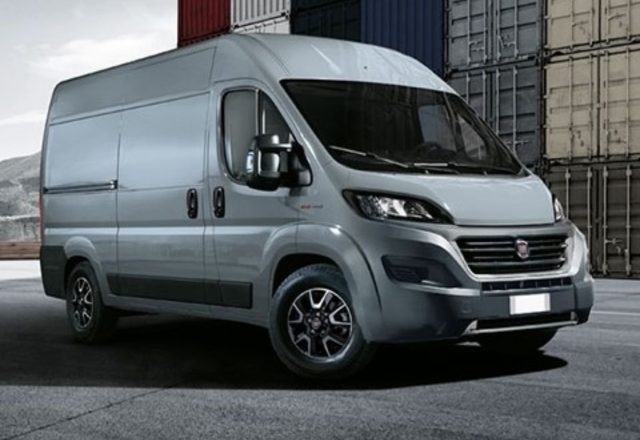 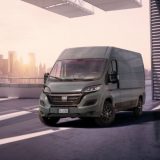 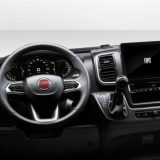 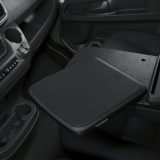